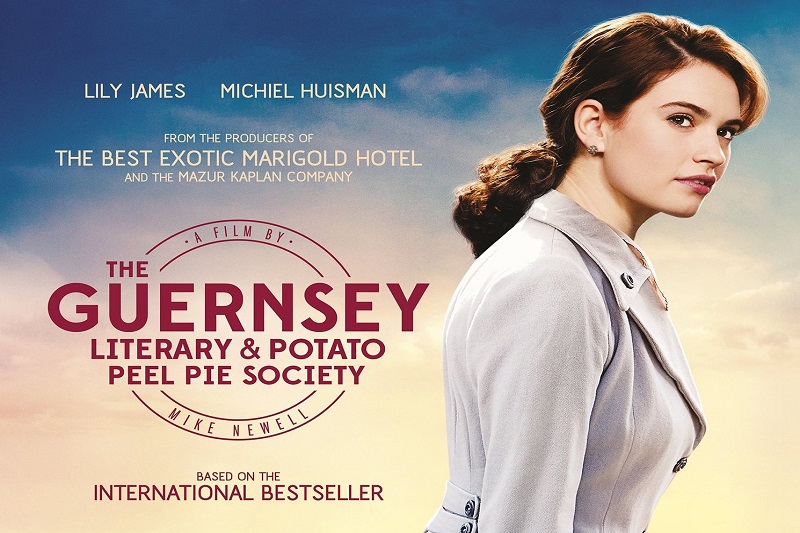 THE cinema is coming to Charmouth with the staging of four movie nights in the village during the autumn.

The nights are being staged by Charmouth Events Committee, in association with Moviola, with the films being shown at St Andrew’s Community Hall starting in September.

Films will start at 7.30pm and refreshments will be on sale. Tickets are available at Morgans and Charmouth Stores (Nisa) and cost £5.50 bought in advance or £6 on the night.

The first film to be shown on Thursday, September 20 will be ‘Guernsey Literary Potato Peel Society’ (12A) starring Tom Courtenay, Michiel Huisman and Lily James, a period drama which has received rave reviews.

This will be followed on Thursday, October 18 by ‘Hatton Garden – The Heist’ (15), a film that follows the planning and execution of one of the most audacious heists in British history.

The run of four comes to a close pm Thursday, December 13 with the showing of ‘Leisure Seeker’ (15), a comedy-drama based on the 2009 book, starring Donald Sutherland and Helen Mirren.

If the film nights are well supported it is hoped to show more in the future.

Compensation figure from ‘Ammonite’ filmmakers not yet agreed

A FINAL compensation figure to be paid to Lyme Regis by the film company currently working on ‘Ammonite’ has not yet been decided. […]

‘Ammonite’ preview to be screened at Sidmouth cinema

A PREVIEW screening of the much-anticipated film ‘Ammonite’, based on the life of Lyme Regis fossil hunter Mary Anning, will be held at the Radway Cinema in Sidmouth next month. […]