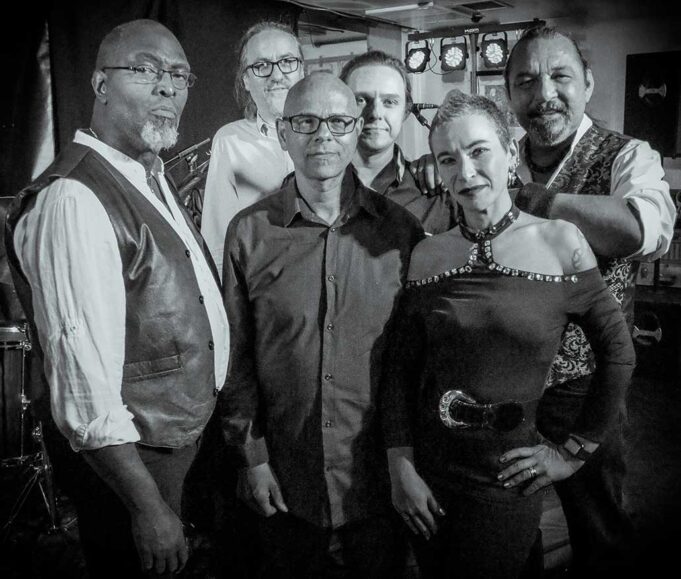 SAM Kelly is a musician with more than 40 years in the business. His Station House band has been featuring on the UK music scene for many years, and has just announced a concert at Lyme Regis’ Marine Theatre.

Originating from London’s Station Tavern in the early 1990s, Station House was formed from the concept of a blues band, mixing funk and soul rhythms with the diversity of the blues.

Founder members Sam Kelly, TJ Johnson and Dave Clark were joined by lead singer, Root Jackson. The band held a monthly residency at the Station Tavern for more than a decade.

Fast forward to 2009 when Sam relaunched the band, boasting a new line up featuring Paul Jobson (keys, vocals) and Jerome Marcus (percussion). In 2016, a third lead singer, Rowena Poole, joined to work at venues and festivals all over Europe.

With three lead singers supported by percussionist and an internationally acclaimed drummer, the result is an eclectic fusion of music with its roots firmly based in the blues.

Sam Kelly’s Station House will appear at the Marine Theatre on Friday, March 15 with the bar opening at 7pm for an 8pm start.

THE Marine Theatre in Lyme Regis has announced a special one-off concert from two prestigious musicians. […]

PROFESSIONAL soprano Philippa Hyde, one of Lyme Bay Chorale’s patrons , will perform a solo by Handel at the choir’s Christmas concert next weekend. […]

JOIN vocalist Julie Dunn at the Marine Theatre’s ‘Jazz in the Bar’ series on Sunday, September 22, as she gives a sparkling rendition of songs made famous by the likes of Billie Holiday, Peggy Lee, Louis Armstrong and Fats Waller.  […]