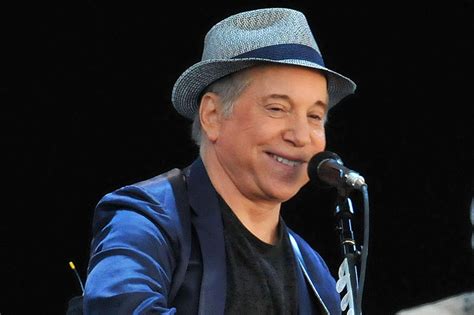 CELEBRATE over six decades of Paul Simon’s eclectic song-writing with Julie Dunn on vocals and piano, and Pete Maxfield on bass, in a dynamic programme at the Marine Theatre’s latest Jazz in the Bar night.

Featuring many well loved favourites, such as ‘You Can Call Me Al’, ‘The Boxer’, and ’50 Ways to Leave your Lover’, the event will be held in the Marine Theatre bar on Sunday, July 3 starting at 8pm.

Paul Simon’s fame and commercial success began as half of the duo Simon and Garfunkel, originally known as Tom and Jerry, formed in 1956 with Art Garfunkel.

Simon was responsible for writing nearly all of the pair’s songs, including three that reached number one in the US singles charts.

The duo split up in 1970 at the height of their popularity, and Simon began a successful solo career, recording three well received albums over the following five years.

In 1986, he released ‘Graceland’, an album inspired by South African township music, which sold 14 million copies worldwide on its release and remains his most popular solo work.

In 2016, Simon released his thirteenth solo album, ‘Stranger to Stranger’, which debuted at number one in the album charts.

Singer Julie Dunn has released four albums, playing alongside Johnny Dankworth’s son Alec, and she has toured the country playing in prestigious venues such as the Vortex and the 606 Club in London.

She has garnered widespread acclaim in the press, with Chris Parker describing her as “a class act – warm, compelling… impeccable” and Muse Magazine praising her as a “soulful songstress who effortlessly sings in her distinctively rich and smooth vocal style”.

Jazz in the Bar will be held on Sunday, July 3 at 8pm, tickets cost £10 in advance from marinetheatre.com or £12 on the door.

Marine Players return to stage with ‘The Haunting of Hill House’

AFTER months of delays during the coronavirus pandemic, the Marine Players were finally able to return to the stage this month with their production of ‘The Haunting of Hill House’. […]

THE Marine Theatre in Lyme Regis is to run a new 10-week course offering young people a platform to launch a career in the arts – and it’s free. […]