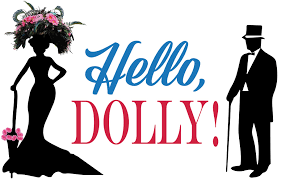 LYME Regis Musical Theatre, celebrating its 100th anniversary in 2020, has chosen one of the most successful Broadway hits for its 2018 production.

It will be the first time that the former operatic society has staged ‘Hello, Dolly!’, first produced in 1964 with lyrics and music by Jerry Herman and a book by Michael Stewart.

Based on Thornton Wilder’s 1938 farce ‘The Merchant of Yonkers’ (which Wilder revised and retitled ‘The Matchmaker’ in 1955), the musical follows the story of Dolly Gallagher Levi, a strong-willed matchmaker, as she travels to Yonkers, New York, to find a match for the miserly “well-known unmarried half-a-millionaire” Horace Vandergelder.

In doing so she persuades his niece, his niece’s intended, and Horace’s two clerks to travel to New York City.

‘Hello, Dolly!’ was first produced on Broadway by David Merrick in 1964, winning a record-tying (tied with ‘South Pacific’) 10 Tony Awards, including Best Musical, a record held for 37 years.

The show album ‘Hello, Dolly! An Original Cast Recording’ was inducted into the Grammy Hall of Fame in 2002. The album reached number one on the Billboard album chart on June 6th 1964 and was replaced the next week by Louis Armstrong’s album ‘Hello, Dolly!’

The show has become one of the most enduring musical theatre hits, with four Broadway revivals and international success. It was also made into the 1969 film ‘Hello Dolly!’ which was nominated for seven Academy Awards, winning three.

The film was directed by Gene Kelly and adapted and produced by Ernest Lehman, and the cast included Barbra Streisand, Walter Matthau, Michael Crawford, Danny Lockin, Tommy Tune, Fritz Feld, Marianne McAndrew, E. J. Peaker and Louis Armstrong (whose recording of the title tune had become a number-one single in May 1964).

The film, although not a box office success, won three Oscars for Best Art Direction, Best Score of a Musical Picture, and Best Sound Mixing and was nominated for a further four Academy Awards, including Best Picture.

When the musical opened on Broadway the leading role of Dolly Gallagher Levi was played by Carol Channing ,who also starred in the show in the West End in 1979. The musical has been staged in the West End on four occasions – 1965, 1979, 1983 when Danny La Rue took the lead role, and 2009. The show returned to Broadway last year starring Bette Midler.

In recent years Lyme Regis Musical Theatre has won critical acclaim for staging some of the most successful musicals, including ‘Mame’, ‘Evita’, ‘Sister Act’ and last year ‘Thoroughly Modern Millie’.

The lead role in their production will be played the experienced Judi Allan as Dolly with Ian Styles, who local audiences will remember as Juan Peron in the LRMT’s production of ‘Evita’, as the gruff Horace Vandergelder.

The musical director will be Ian Crew with Clare Philbrock the producer and Rachel Worsley as choreographer.

‘Hello, Dolly!’ Will be staged at the Woodmead Halls from May 15 to 19. Tickets for the public go on sale at Serendip Books in Broad Street on March 12.

Legendary guitarists to play at the Marine

AWARD-winning jazz guitarist Martin Taylor MBE teams up with acoustic and slide guitar virtuoso Martin Simpson for a concert at the Marine Theatre in Lyme Regis this December. […]