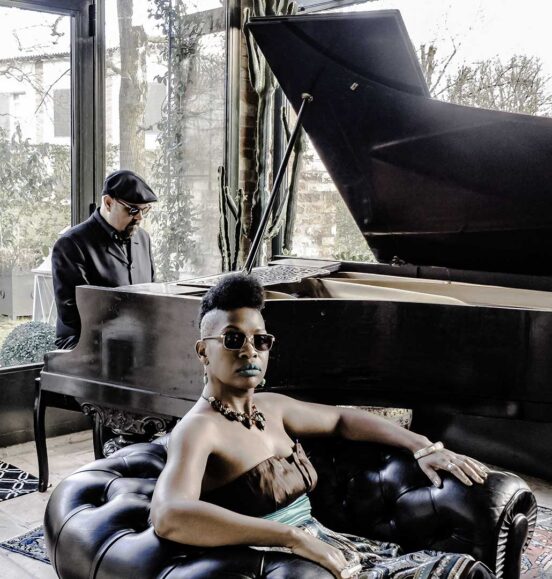 THE music of blues and soul duo James & Black springs from the tradition of the Southern Soul from Texas, New Orleans and Memphis.

The American duo is dropping in to the Marine Theatre in Lyme Regis for a concert on September 30.

Since relocating to Europe in the summer of 2012, James & Black have toured throughout Belgium, Holland, Germany, Italy, Spain and France, playing close to 150 shows per year and covering over 300,000 km in the process.

They have supported Gregory Porter, Fatoumata Diawara in Leiden at Summer Jazz, and Candy Dulfer in Amsterdam at Vondel Park. In April they performed at the Baltic Soul Weekender with Sister Sledge and Lenny Williams near Hamburg, Germany as well as a tribute to Allen Toussaint at the Porretta Soul Festival.

The duo released their second studio album, “This Time”, in July 2017 with release shows at La Chapelle des Lombards in Paris, and at the Peer Blues Festival with ZZ Top.

A LYME Regis musician is set to earn a million after inventing a new gadget which removes every guitarists’ nightmare of the howling feedback which was first created by John Lennon almost half a century ago. […]

Lyme Regis’ Jazz Jurassica is on!

JAZZ Jurassica, the four-day jazz and blues festival in Lyme Regis, will go ahead at the end of May say organisers. […]