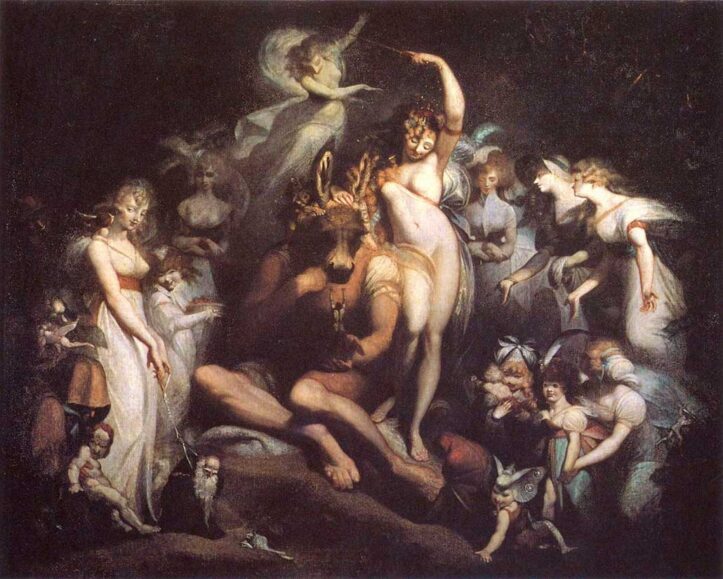 SHAKESPEARE’S most-beloved magical romantic comedy will be captured live from the Bridge Theatre in London and streamed to the Marine Theatre in Lyme Regis.

This production of ‘A Midsummer Night’s Dream’ was built on the success of Hytner’s immersive Julius Caesar at the National last year.

The production is host to a multitude of stars, including ‘Game of Thrones’ aristocracy, Gwendoline Christie, Oliver Chris (‘Green Wing’, ‘Young Marx’), David Moorst (‘Allelujah!’), and Hammed Animashaun (‘The Barber Shop Chronicles’) who lead the cast as Titania, Oberon, Puck and Bottom.

The feuding fairy King and Queen cross paths in the liminal wood with four runaway lovers – and a bumbling troupe of actors who are desperately attempting to rehearse a play.

A marital quarrel taken to the extreme inspires the royal couple to impishly meddle with the unsuspecting mortals – conjuring confusion, seemingly unsolvable love triangles, mistaken identities, and magical transformations – all amounting in hilarious, but dark, consequences.

Much like the fairy queen, this unique production will leave you dazed and dreamy, wondering: “My Oberon, what visions have I seen?”

In this adaptation, director Nicholar Hynter opens up a new perspective on well-known characters and their speeches. By retaining the original genders of the characters, but swapping the lines, the audience is ushered into a never-before-heard Shakespearean world, rather than the ultimately truly traditional full gender swap.

“A warm, exuberant celebration of the transforming power of love” – Financial Times ★★★★

The National Theatre Live’s ‘A Midsummer Night’s Dream’ will be screened at the Marine Theatre on Thursday, October 17 with the bar opening at 6pm for a 7pm start.

DON’T ask about my car, okay? Just don’t ask. I was en route to a spa break in Bournemouth when a fuel injector went, then less than three weeks later the pipe that goes into the injector went. […]

Fairytales, Shakespeare and carnivals – oh my!

A LIVE stream screening of a new stage-adaptation of Angela Carter’s last novel, ‘Wise Children’, is coming to the Marine Theatre in Lyme Regis. […]

A 16-year-old student from The Woodroffe School in Lyme Regis is celebrating having secured a place at the UK’s most prestigious performing arts school. […]