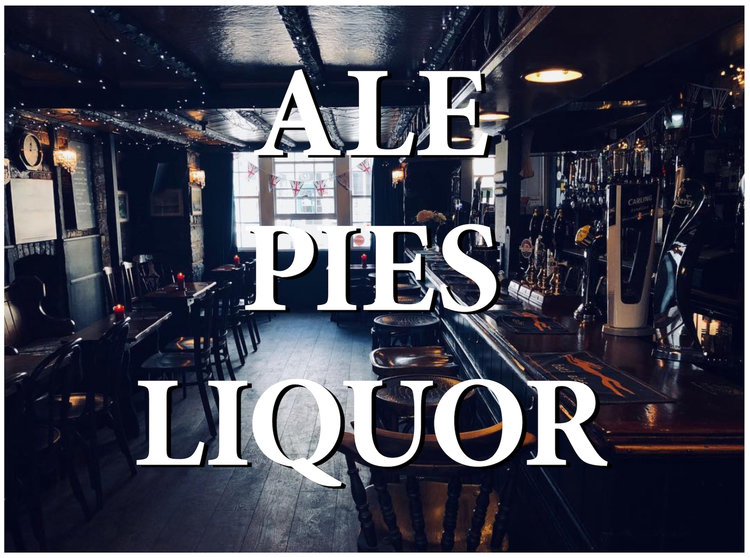 A PIE and a pint! What better way to celebrate the traditional English pub than a plate of wholesome grub washed down with pint of foaming ale?

In these days when virtually every pub and bar has morphed into a soulless restaurant with the emphasis vey much on the food they serve, trendy cocktails, speciality coffees, piped music and huge TV screens for all the big sporting occasions, many might think the days of the traditional boozer are over.

But that is certainly not the case in Lyme Regis where the town’s most traditional pub, The Volunteer Inn in Broad Street, is turning the clock back and reverting to a menu that celebrates the humble British pie.

The Volly, as it is affectionately known in the town, is run by the O’Donnell family whose patriarch, the late and legendary Joe O’Donnell, was the town’s most popular landlord, first at the Ship Inn and then at The Volunteer.

Joe was a firm believer that the local pub should first and foremost be a meeting place for locals and visitors to meet for enjoyable conversion, peppered with some juicy gossip, a talking shop and a place where fun was always high on the agenda.

The Volly is still very much Joe’s pub, many still referring to it as O’Donnell’s Bar and even Joe’s favourite chair is still revered and available only to those who knew him well.

The genial Irishman had a real sense of fun and, in true Gaelic fashion, the Volly was all about the “craic”. And whilst The Volunteer, with its prominent Broad Street presence, has been serving meals for many years now with a great reputation, little has changed in terms of O’Donnells Bar being a meeting place for those who enjoy a good drink and lively conversation.

Walk into the pub and you will see groups of friends huddled round one of the tables, or stood at the bar, enjoying each other’s company and chewing the fat.

The O’Donnell family have stayed true to Joe’s philosophy and there’s no doubt that he would be delighted with the decision to launch their pie menu on Thursday, October 4.

Before doing so, however, they did some market research among the locals about what pies they preferred and staged a pie tasting evening where samples from all the local pie suppliers were available. After some serious consideration, helped with the occasional glass of wine served by bar manager Matt Puddy with his usual bonhomie, it was agreed to stock pies from Lovett Pies of Bath, Bournemouth Pies and the local Colyton Butchers.

The great British pie has come a long way since the days when the options were restricted to a pork or steak and kidney. And it’s not just about meat fillings any more with the Volly Pie Menu including delicious vegetarian and vegan choices.

Pies on their own will be served at around £4.95. Other traditional bar sacks such as pork pies, Scotch eggs, pickled eggs and real pork scratchings will be available as well.

There will be special ‘Pie of The Week’ promotions and you will be able to buy a pie and a pint for £7.95. From Thursdays through to the weekend pie, mash peas and proper gravy will be served for £10 and and a homemade fish pie for £12.

Origins of the humble pie

The origins of the pie can loosely be traced back to the ancient Egyptians. The bakers to the pharaohs incorporated nuts, honey and fruits in bread dough – a primitive form of pastry.

Drawings of this can be found etched on the tomb walls of Ramses II, located in the Valley of the Kings. King Ramses II was the third pharaoh in the 19th dynasty.

Historians believe that the Greeks actually originated pie pastry. Pies during this period were made using a flour-water paste wrapped around meat, which served to cook the meat and seal in the juices. The Romans, sampling the delicacy, carried home recipes (a prize of victory when they conquered Greece).

The wealthy and educated Romans used various types of meat in every course of the meal, including the dessert course (secundae mensea). According to historical records, oysters, mussels, lampreys and other meats and fish were normal in Roman puddings.

In England pie and mash can be traced back nearly 200 years providing hot, filling food for manual workers at prices that were very affordable.

LYME Regis Foodbank continues to support an increasing number of people each month, with many facing financial difficulties due to the current coronavirus pandemic. […]