OVERCOMING fears for the future of the hospitality and retail industries, Lyme Regis has seen a foodie revival since lockdown restrictions were eased.

With pubs and restaurants busier than expected and a number of new establishments popping up across town, the post-lockdown revival shows confidence in Lyme’s ability to bounce back.

There’s been a real buzz around the town’s burgeoning food scene in recent weeks, with old Lyme favourites welcoming back customers and new outlets adding to its increasing reputation.

One of the biggest success stories in recent months has been The Pop Up Kitchen in Broad Street, considered one of the town’s best kept secrets… well, now the secret’s out!

Encouraging diners to “try something new”, The Pop Up Kitchen opened under the management of local caterer Ali McLoughlin in late 2018, offering a shared space for guest chefs and food producers to serve up their dishes. It quickly became a launch pad for new local businesses.

The Monmouth Table, which ran popular fish tapas nights in the space last year, has now opened old fashioned grocery shop The Monmouth Pantry next door, and Spongbakes Cakes, which has more recently been serving up its sweet treats from the Pop Up, has just opened its own outlet across the road, taking on the old name of the premises – The Mad Hatters.

Harriet Mansell of Robin Wylde, who won huge acclaim at the Pop Up and featured on the BBC’s ‘Great British Menu’, will also soon be opening her own restaurant a few yards away on Silver Street.

The Pop Up Kitchen’s current guests include Goose & Badger, offering “simple, no nonsense dining” from former River Cottage chefs Joel Gostling and Andy Tyrell on Monday nights; seafood and cocktails celebrating the best of Dorset produce by Tom’s on Thursdays, Fridays and Sundays; and slow Spanish food from The Strawberry Tree on Tuesdays, Wednesdays and Saturdays.

And it seems that pop-ups are the new ‘in thing’ as they’ve been springing up all over town in recent weeks.

The pop-up is a new venture of chef Tim Maddams and local businessman Matt Learmouth.

Tim said: “Lyme Regis is such a great place, it’s got a lovely vibe and so many people out just to enjoy the scenery and all the things that Lyme has to offer.

“Lyme Oyster Co. aims to become a part of that wonderful scene. Our oysters are fresh off the Dorset coast and are amongst the best in the world. Hearty, sustainable, natural and local – that’s a hard combination to beat.”

The stall will be back for weekends during August and September, bringing an added a touch of class to the seafront.

Speaking of class, Dom’s Table zhuzhed up (yes, that’s a word, I checked) our usual takeaways during lockdown, offering three-course food boxes from The Galley Cafe once a week. But now restrictions are lifted, it’s opened its own pop-up next door to the LBK gourmet burger bar in Coombe Street.

Coombe Street itself had become a foodie hotspot in the heart of Lyme Regis. The charming street tucked just off the town centre also boasts vegetarian paradise Tierra Kitchen, still currently offering a delivery service for those wanting to eat at home; the trendy Town Mill Bakery, now open for eating in or takeaway coffees, pastries and breads; and the family-friendly Italia Ristorante and Pizzeria, also open for both eating in and takeaway.

Traditional fish and chips are available just across the road at Lyme’s Fish Bar, or if you’re looking for something different, The Ship Inn has been treating customers to Persian delights throughout lockdown with its festival-style Open Sesame food stand, serving what’s been described as “some of the best kebabs you’ll taste in the UK”.

Next door you have The Millside, winning rave reviews since new owners Georgina and John took over at the end of 2019, and the buzzing Lyme Regis Brewery, which has quickly become one of Lyme’s trendiest watering holes, along with the Town Mill’s Courtyard Café.

And at the end of Coombe Street, the new Water’s Edge Café will be opening doors on August 19.

Adjoining Bridge Street has also seen a revival in recent years, with Palmers Brewery’s flagship pub and restaurant The Pilot Boat one of the best placed to welcome guests to a COVID-safe environment thanks to its expansive restaurant and outdoor terrace, and St Austell recently opening its first pub in Dorset – the Rock Point Inn – after extensive refurbishment.

Next door the trendy Lyme Bay Café Bar has also been busy since reopening, with diners and drinkers keen to soak up the outstanding views from its sunny terrace. Others bringing tastes from across the globe to Lyme Regis include Thai restaurant Largigi and Poco Pizza on Marine Parade.

Sitting on the terrace of the newly-located pizza restaurant, overlooking the stunning Lyme Bay, you could be forgiven for thinking you were in the Mediterranean.

Lyme also boasts two Indian restaurants in the town centre and, of course, sometimes you just can’t beat a Chinese takeaway, which can be found in Church Street.

A walk along the seafront and you’re spoilt for choice for places to drink and dine – cocktails and burgers at SWIM, breakfast at the Beach House Cafe, delicious fish specials at The Harbour Inn, and traditional favourites at The Royal Standard and Cobb Arms.

Don’t miss the new Kiosk on Marine Parade for delicious coffee, breakfast bagels and light lunches, and of course there’s plenty of choice when it comes to fish and chips and ice creams.

Standing high in Lister Gardens and offering some of best views in town, The Oyster & Fish House has recently been reopened by celebrity chef Mark Hix – a great coup for Lyme Regis, bringing foodie fans from across the country to town.

A further wander through the seafront gardens will bring you to the Alexandra Hotel & Restaurant, where you can enjoy everything from decadent afternoon tea to fantastic fish dishes.

Back in Broad Street, the town centre is now a buzz with summer visitors and you might see queues out the door at some of the most popular food outlets, including the revamped Whole Hog and Asian takeaway Red Panda.

Lyme’s quaintest pub, The Volunteer Inn, reopened this week and is offering traditional pub fayre Wednesday to Saturday and Sunday lunches, and the historic Royal Lion Hotel will be opening for lunches too.

You can also relax with a coffee, enjoy traditional cream team, hearty breakfast or lunch at Lyme’s plethora of independent cafes and restaurants, including the Good Food Store, The Galley Cafe, Amid Giants & Idols, Penny Black and the Bell Cliff.

If you want to escape the crowds, and enjoy a bit of peace and quiet, head to the outskirts of the town where you’ll find Greens Restaurant at Lyme Regis Golf Club; hearty, homemade fayre at the Black Dog Tea Room in Uplyme or soak up the sun in the expansive beer garden and paddock at The Talbot Arms.

It’s been no mean feat trying to eat my way through Lyme Regis since restaurants reopened their doors (and it’s done no favours for my waistline or bank balance!).

I haven’t quite managed them all yet, but I’ve done my best to try as many as possible over the past month – it’s a tough job, but someone’s got to do it! 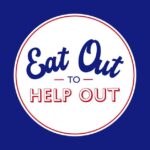 Many of the restaurants listed above are taking part in the government’s Eat Out to Help Out scheme this month. Click here for a full list of local participants.

CHRIS Chatfield, head chef of The Station Kitchen in West Bay, shares his recipe for scallops, apple variations and chorizo foam, in partnership with Jurassic Feast. […]