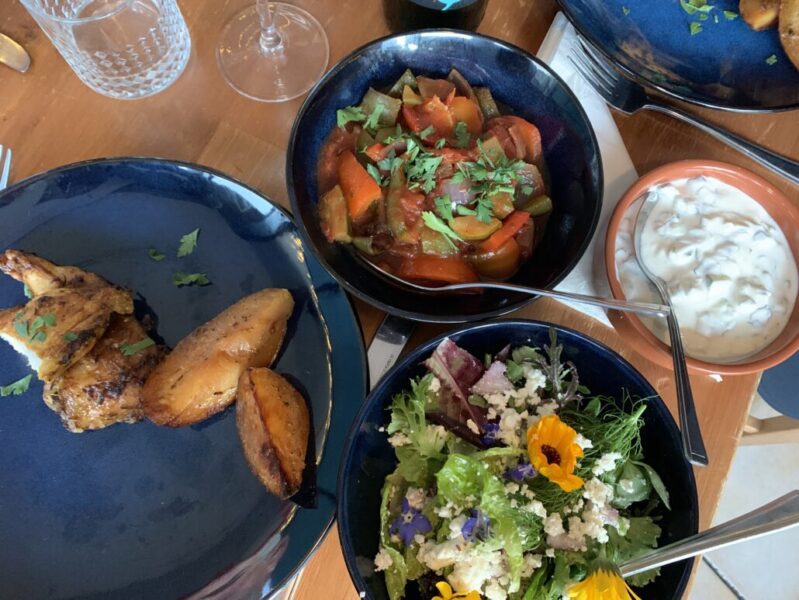 I HAVE been a huge fan of the concept at The Pop Up Kitchen in Lyme Regis since it opened in 2018 – always bringing something different to the town’s eating out scene and encouraging diners to ‘try something new’.

Ali McLoughlin of Dottie Kitchen opened the premises at the top of Broad Street, inviting local chefs and producers to use the space to host events and show off their culinary talents.

It has gone on to become a launchpad for some of the most successful restaurants in the area.

Pop Up Kitchen alumni include the BBC’s ‘Great British Menu’ star Harriet Mansell, whose Robin Wylde restaurant just a few yards away in Silver Street is often booked solid. She is now preparing to open a second premises in the town next month – wine bar Lilac in Broad Street.

Chef Tom Robinson has also gone on to open his own successful restaurant, Tom’s, on Marine Parade, and Joel Gostling and Andy Tyrell, who ran the Goose & Badger Pop Up last year, went on to open a popular burger takeaway during lockdown and have now taken over Soulshine Café in Bridport.

Annie Coplestone and Carlotta Paolieri of the Monmouth Table, who saw success with their fish tapas nights – one of the Pop Up’s first offerings – have now opened The Monmouth Pantry right next door.

And now Ali is giving it a try herself, hosting her own Dottie Kitchen dining events showcasing different cuisines from around the world. Each month, Ali will be cooking up a set menu from a different country, starting this month with Greek.

This flavoursome menu is perfect for sharing with friends and family, catching up after a long few months in lockdown and soaking up the relaxed atmosphere of The Pop Up Kitchen. 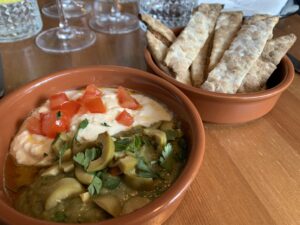 The main was sumptuous free-range chicken souvlaki (or aubergine souvlaki for vegetarians), with lemon and garlic potatoes, slow-roasted Mediterranean vegetables and a colourful Trill Farm salad.

Dessert was a choice of Baboo Gelato ice creams or sorbets served with various liquors – and all for a set price of £35 per head. 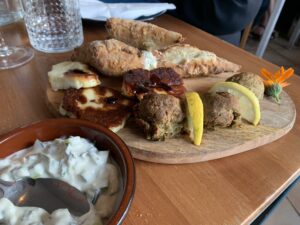 Ali will be taking on Turkish in July, Mexican in August, Portuguese in September, Thai in October, French in November and will finish the year with good old British fayre in December.

Meanwhile, the Pop Up is now also playing host to Bowl Cut every Thursday night, with the £35 set menu focussing on Chinese hand-pulled noodles, and Tortilla Cantina every Friday during the summer season from July 2, serving authentic Mexican food using only the best local ingredients, as well as importing produce from Mexico.

For specific dates and details on how to book, or how you can hire The Pop Up Kitchen for your own events, visit www.thepopup.kitchen

A STREET food festival will be held in Lyme Regis this May.
[…]

THERE couldn’t be two more contrasting businesses – the suave but hugely relaxed Oyster & Fish House, with glorious views over Lyme Bay, and the quaint Fox Inn at Corscombe, everything you might expect from a country pub right down to the open fires and thatched roof. […]

LymeOnline ·
@LymeOnlineUK
UPDATED: Cobb Road is expected to remain closed until December 6th while power cables are repaired and traffic is instead being allowed on the seafront #lymeonline #lymeregis #dorset
https://t.co/PhkuV6vhfh
View on Twitter
1
0