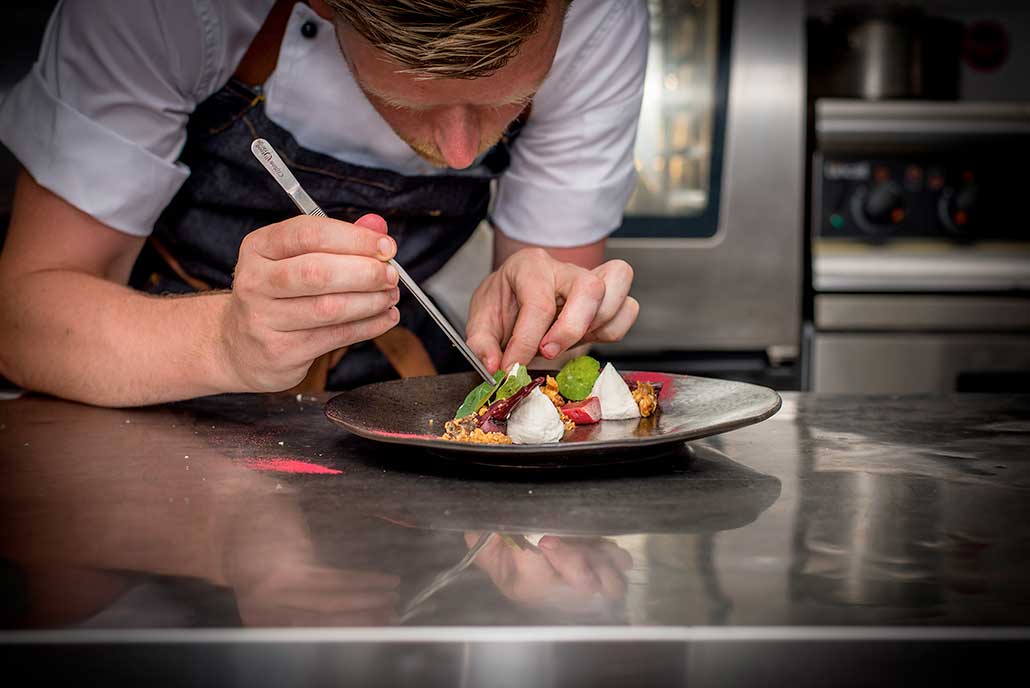 THE Alexandra Hotel and Restaurant in Lyme Regis has appointed a new head chef.

Chris Chatfield joins the team having worked in award-winning kitchens across the South West and London.

A West Country boy who studied chemistry, biology and law in Plymouth, Chris took a job as a KP in the kitchens of the two AA-Rosette restaurant at Langdon Court, where his interest in cooking was sparked as he began watching the chefs at work.

Having his knife skills recognised by the head chef, Chris was offered a full-time job and he grabbed the opportunity.

After two years at Langdon Court and now in the position of chef de partie, Chris took a chance to gain more experience and his career took off. Over the next few years he gained knowledge in AA-Rosette restaurants such as The Horn of Plenty, the five-star St David’s, The Ilsington Country House, Celtic Manor and a stint in London.

Now back in the West Country Chris said: “This is such an amazing area for a chef with so much produce coming from such enthusiastic famers and growers. It’s impossible not to be passionate about all the wonderful fresh produce it has to offer.

“Provenance, quality of the ingredients and an ethical food chain are an absolute priority. For instance, with seafood I take my lead from the Marine Stewardship Council and when sourcing fish only use what they advise as plentiful.

“I look forward to each changing season as it brings a new colour, texture and flavour.

“As for my style, I enjoy the challenge of putting different, unexpected flavours together, to create, play and experiment until I find what works. Perhaps that’s my study of chemistry kicking in!”

The Alexandra Restaurant offers lunch and dinner daily. Chris’ seven-course tasting dinner menu can also be pre-booked at the hotel reception by calling 01297 442010.

THIS is a nice spring or summer pasta dish from Puglia that is pretty quick to make. If you’ve harvested a good amount of wild garlic, you can make a big batch and keep it in sterilised preserving jars in the fridge. […]