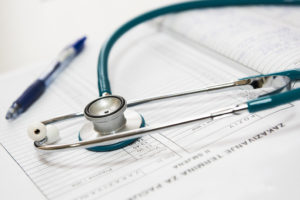 A PROPOSED government ruling this April could see millions of us in England being charged for prescriptions we currently get for free.

I’m just back from standing in a long line at the Lyme Regis Medical Centre’s Lloyds Chemist and I was struck by how many of us are going to be affected by this new change.

Its not been widely publicised, but the government is planning to raise the qualifying age for free medical prescriptions from 60 to 66 in April, which means people aged 60 to 65 will have to start paying for their antibiotics, medical treatments and more.

Prescriptions for the majority of adults in England currently cost £9.35 per item, although exemptions are allowed for those who require urgent assistance – but the price is also expected to rise with inflation in the spring.

The change is expected to affect 2.4 million people, costing them on average £100 or more a year.

This proposed change will impact, particularly, in communities like Lyme Regis which has a population of 3,708 – 23 per cent of whom are categorised by Dorset Council as being in fair, bad or very bad health.

The town has a significant number of residents who are aged between 60 and 65 and many are receiving prescriptions to manage and treat medical conditions.

If the change goes ahead, those in the 60 to 65 age bracket may still qualify for free prescriptions if they are on low incomes, qualify for other benefits or obtain medical exemption.

For many of us, financial alarm bells are ringing at the rapidly and apparently uncontrolled increases in the cost of living that sees energy bills rising by an estimated 30 per cent in April, inflation climbing to 5.1 per cent, increase in cost of food and other essentials and an additional 1.5 per cent due in national insurance contribution.

I think it would be good to flag this proposed increase in prescription charges so that local people can prepare themselves for what lies ahead.

COVID-19: What is it and how do I protect myself?

The signs and symptoms of coronavirus, advice on how to protect yourself and what to do if you think you have the virus. […]

The impact on the mental health of our country: Part I

YESTERDAY was not a good day. The future of LymeOnline depends on our ability to continue keeping our readers informed on how we are all coping with coronavirus and maintaining a news service at a time when very little is happening. […]

Defibrillators installed in Lyme thanks to Tesco grant

TWO new defibrillators have recently been installed in Lyme Regis, thanks to a grant from the Tesco Bags of Help scheme.  […]