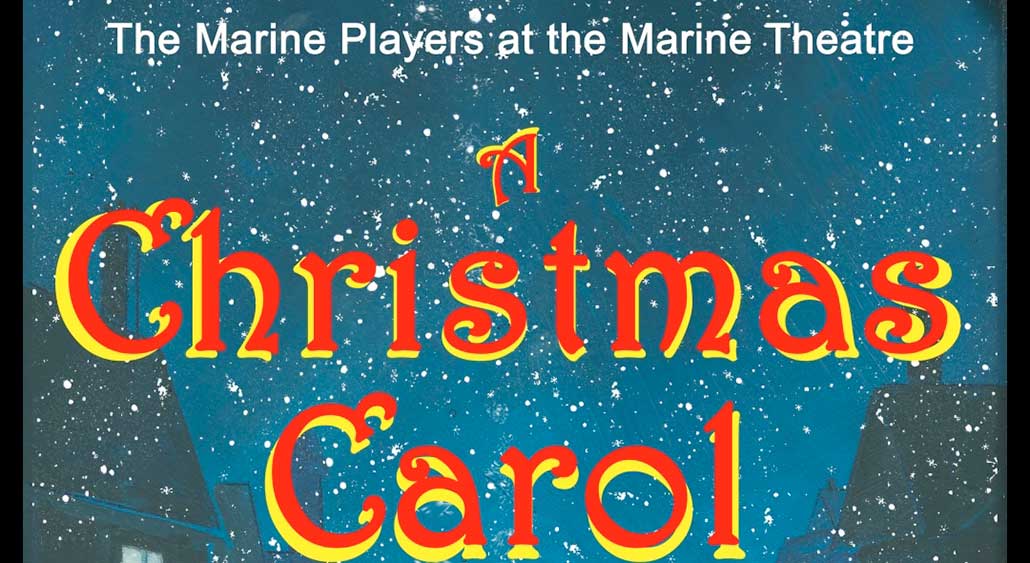 TIS the season to be jolly! Christmas may be a long way off but the Marine Players have been putting their festive feet forward and are rehearsing day and night to bring audiences ‘A Christmas Carol’.

The players will be performing the Charles Dickens classic at the Marine Theatre in Lyme Regis this December.

Giving an update on the progress of the production, Marine Players member David Ruffle said: “If by chance you have been into Quality Corner and further chanced upon myself and Claudia singing ‘God Rest Ye Merry Gentlemen’ then please be aware that our perception of time has not speeded up, we are just very keen. Either that, or we like inflicting pain on the customers!

“A hand-picked cast has been assembled and the end result will be excellent I assure you. Expect songs, fog, more songs and an entertaining telling of a much-loved tale. Oh yes, and snow. It may be the first time that the stage at the Marine has seen snow although with the hole in the roof of two years ago, it’s entirely possible it’s not the first time!

“This dramatisation is by Michael Snelgrove and does not deviate too far from the original. The very first stage adaptation of ‘A Christmas Carol’ was in 1844 just a year after Charles Dickens wrote it. It ran for 40 nights and other adaptations quickly followed on.

“It sold 6,000 copies by Christmas of 1843 and continued to sell thereafter, although not in the quantities that Dickens would have liked.

“Dickens gave readings of it every year from 1847 through to his final public performance in 1870. Its popularity and relevance has continued to this day. Hopefully, we can do it justice!”

Performances will take place at the Marine Theatre at 7.30pm each evening from Wednesday, December 5 to Saturday, December 8 with addition of a matinee performance on the Saturday at 2.30pm.

Tickets will be on sale soon.

A BRAND new, dark comedy about the power of the Heimlich manoeuvre, the call of the open road, and the kind of friendship you’d take a bullet for will tour to two Dorset communities this October through Artsreach, the county’s touring arts charity. […]