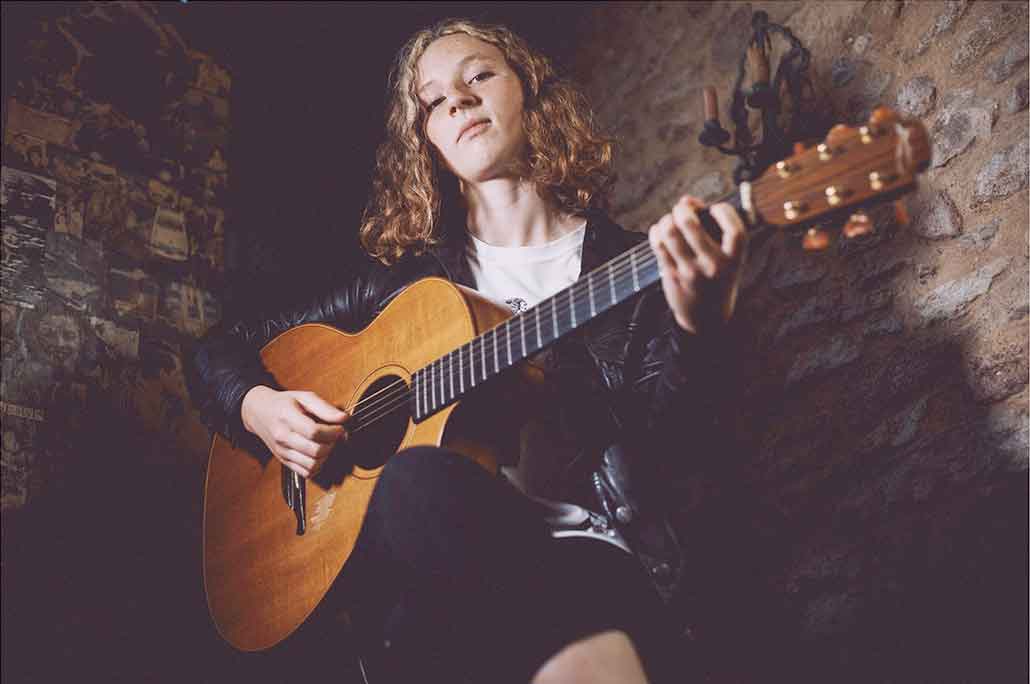 WEST Dorset singer-songwriter Ruby Dew has had a song included on an international album, inspired by the experience of frontline workers during the peak of the coronavirus pandemic in March and April.

Ruby, who has lived in West Dorset her whole life, had her song ‘Rehashtag The World’ selected for the ‘Song Club’ album which will be released tomorrow (Friday).

Curated by renowned musician Chris Difford, the ‘Song Club’ album is inspired by the work of Hannah Grace Deller, a nurse on the front line.

In addition to being a paediatric matron, Hannah is a talented photographer who, throughout the COVID-19 pandemic, has been documenting her and her colleagues’ experiences.

When Hannah’s photographic work was featured on the Channel 4 programme ‘Grayson’s Art Club’, it grabbed the attention of Chris, co-founder of Squeeze and Grammy-nominated and double Ivor Novello award-winning lyricist.

He said: “I first saw Hannah’s photography on Grayson Perry’s Channel 4 programme ‘Art Club’. Lockdown provided some great TV moments and this was one of them.

“Inspired by her work I asked all of my co-writing chums to use her photographs as inspiration for songwriting. Together we have created a body of work to raise funds for the frontline workers, it has been so inspiring to hear the results.”

A few young songwriters were asked to join in and just two of them have had their work included on the release.

Ruby introduced to the project, which is run in conjunction with The Buddy Holly Educational Foundation, by her musical mentor and manager Pete Wild, who has worked with local young musicians for the last 15 years with his organisation ‘In The Band’ and other music providers.

“Ruby has done a fantastic job with this song!” said Pete. “She has captured the mood of the moment with the melancholic verses balanced by the uplifting choruses.

“Ruby spent weeks researching and crafting this song. I am so pleased her talent and hard work have been recognised!”

Asking Ruby about the song, she describes what she was trying to achieve especially with the lyrics of the chorus: “I noticed how the rainbow has risen to be a symbol of gratitude and hope during the pandemic, as well as being used by Greenpeace since the seventies on their ship the Rainbow Warrior, so I wanted there to be a rainbow at centre of my song.

“My writing process for ‘Rehashtag The World’ began with looking at Hannah Deller’s Instagram wall, then chatting to her on the phone and hearing what she’s been going through working as a nurse.

“I noticed Hannah’s pictures included photos of climate change and Black Lives Matter marches, as well as the COVID crisis. To try to find a positive aspect to a bleak situation, I had in mind the image of a phoenix rising from the ashes and that sometimes things can only improve when they have got into such a bad state that people demand change for the better.”

Other songwriters on the album have an impressive background, with many number one singles, award0winning songs and big selling albums to their name.

“Although Ruby is mixing with some fantastic role models which will help her music career along nicely, her feet are firmly on the ground and she is writing new material right now ”, said her manager Pete.

“I think we will be hearing a lot more from Ruby over the next year or two!”

Ruby added: “I like to believe we can make the world a better place through positive action and with this song it seemed like something I could do to encourage that.”

The ‘Song Club’ album, curated by Chris Difford, is released this Friday and will be available on Amazon, iTunes and all major music streaming services.

Ruby will also be appearing on BBC Spotlight and Lyme Bay Radio’s ‘Finally Friday’ show this week to promote the release.

LYME Bay Chorale will give an extra concert this season to celebrate the 10th anniversary of the arrival of the Škrabl organ at St Michael’s Parish Church in Lyme Regis. […]

THE Marine Theatre is holding a daytime disco for children and adults to raise money for Lyme Regis Regatta & Carnival Week. […]

TWO world-class musicians, both based in the West Country, will join Lyme Bay Chorale for their spring concert this year.
[…]