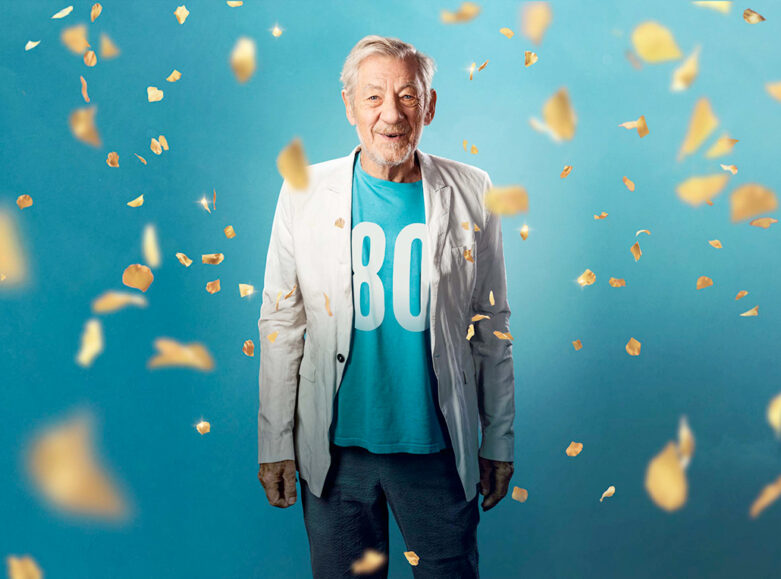 WITH six Olivier Awards, a Tony, a Golden Globe, two Oscar nominations, four BAFTA nominations and every major theatrical award, Sir Ian McKellen is a true national treasure and widely regarded as one of the greatest stage and screen actors.

The actor, who famously played Gandalf in the ‘Lord of the Rings’ series, has announced that he will appear on-stage at the Marine Theatre in Lyme Regis on July 3 2019 in a one man show.

Speaking of the event, he said: “The show starts with Gandalf and will probably end with an invitation to act with me on stage. In-between there will be anecdotes and acting. Live theatre has always been thrilling to me, as an actor and in the audience.”

The solo show is part of the actor’s 80th birthday celebrations in a few selected theatres across the country, from Orkney to Lyme Regis. The money raised from the event will go towards specific projects at the arts venue.

Sir Ian added: “I’m delighted to be making my debut in Lyme Regis as part of the UK tour celebrating my 80th birthday… I’m pleased that all profits will support the youth theatre and help update the Marine’s dressing rooms. See you there, I hope!”

Fans will also have the chance to buy premium tickets to meet Sir Ian before the show in a intimate drinks reception.

Theatre Manager Sophia Moseley said: “We were so pleased when Sir Ian’s team rang the Marine. It’s delightful to work with him to raise money for the venue. He’s not only one of the world’s greatest actors, but has also campaigned considerably for social movements. I can’t wait to share this special event with the community.”

Full details and tickets are available by calling 01297 442138 or visit www.marinetheatre.com

Garden lights to be switched on this week

LYME Regis’ seafront gardens will be alive with colour when new illuminations are switched on this week. […]

Town council being ‘ripped off’ over winter boat storage

A TOWN councillor has said Lyme Regis is being “ripped off” by West Dorset District Council over its winter boat storage arrangements at Monmouth Beach. […]