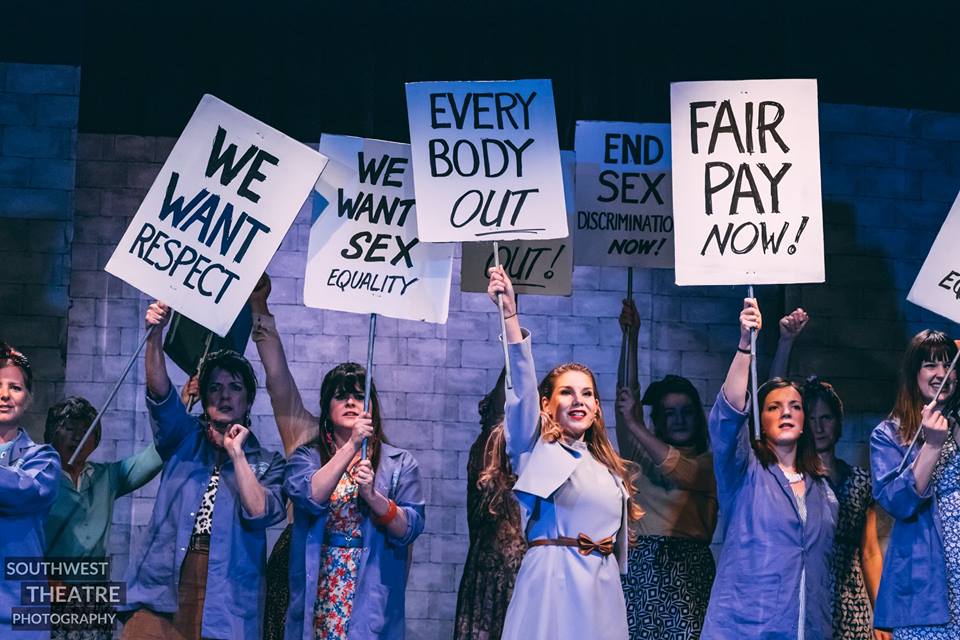 I KNOW Dagenham. When I moved to London to run a group of newspapers in the East End, it was where I worked.

From my high-rise office I looked out over row upon row of neat houses built for the workers at Ford’s nearby Dagenham factory where, at one time, 40,000 people were employed. Whilst it wasn’t the most picturesque of outlooks, I soon learned that the occupants of those houses with the fake stone claddings were the salt of the earth. Fiercely proud of their East End heritage, family orientated and with a wicked sense of humour.

Soon after becoming the boss of the Dagenham Post, and a host of other East End titles, I took the chance to flick back through the file copies from 1968 when a story of national importance broke on the journalists’ patch, every local reporter’s dream. By the time I arrived in Dagenham, an episode in the town’s history that caught the nation’s imagination had passed into the history books, the stuff of folklore, and its participants treated as local legends.

That episode, of course, was the 1968 sewing-machinists’ strike at the Ford factory in Dagenham, prompting similar action at Ford’s Hailwood body and assembly plant in Liverpool, which was influential in the passing of the Equal Pay Act of 1970, inspiring a new generation of politically active women.

This extraordinary dispute, which threatened Harold Wilson’s government and changed the face of industrial relations, was made into a film in 2010, starring Sally Hawkins as the leader of the strike Rita O’Grady (a fictional character), and premiered in the West End four years later but was not a box office success.

It was, however, a huge success when performed by Axminster Musical Theatre at the Guildhall, a typically brave selection of show for AMT who have a reputation for staging the more challenging productions, enhanced in recent times with rave reviews for block-busters such as ‘Jesus Chris Superstar’ and ‘The Full Monty’.

‘Made In Dagenham’ will sit comfortably alongside all previous production successes and will be particularly remembered for outstanding performances from the principal cast members, backed by some very lively dance routines and rousing chorus work.

This was not a show for the easily offended, however. The language was fruity to say the least but what is the point of telling such an inspiring human story if the original script is not to be adhered to? This was a snapshot of life in an area of London where they don’t stand on ceremony.

The lead role of Rita O’Grady, the young mother acting as the spokesperson for a group of female workers at Ford’s Dagenham plant, who went on strike to fight the inequality of women’s pay, was entrusted to Laura Addy, a BA(Hons) graduate in drama and performance, who admitted in the programme notes that taking the part of Rita was “on her bucket list”.

When the American boss flies in to lay off 5,000 men, including Rita’s husband, her marriage and friendships come under great pressure. With the women’s solidarity starting to crack, Rita gives a rousing speech at the TUC conference, finally winning union support and the eventual passing in parliament of the Equal Pay Act, catapulting government minister Barbara Castle to heroine status for getting it on the statute book.

This was a huge part with Laura having to be on stage for the vast majority of the production. She succeeded in portraying the dilemma of balancing her home life and commitment to husband and friends, and the great injustice dealt to working women in post-war Britain.

It was an utterly believable portrayal by a young performer who clearly felt passionately about the cause. Her delivery of the TUC speech was awe-inspiring.

I’ve covered dozens of amateur shows in a long career of writing theatre reviews but I can honestly say this was among the very best I have witnessed, equalling that of Kelly Apps’ portrayal of Eva Peron at Lyme Regis, which I never thought possible. I have no idea whether Laura, herself a young mother, harbours any ambitions of a career in professional theatre but this performance was of that calibre. Great acting, superb voice.

One of the musical highlights for me was her duo with husband Eddie, ‘Nearly Had It All’, which saw the couple putting their differences behind them before Rita made her triumphant speech at the TUC conference before returning to family life.

The role of Eddie, a typical East End geezer who rather took his wife for granted, even missing their wedding anniversary, was played by Ben Malone who seems to grow in confidence with every show in which he appears. He describes taking the role in the programme notes as “an amazing experience”. His was an amazing performance.

Ben is studying acting at Chichester University so I have no doubt we will be seeing much more of him in the future.

There were a number of other stellar performances, not least that of Caroline Markham playing the part of Beryl, one of my favourite local stage performers, a natural comedian. This is how she described Beryl, one of the striking sewing-machinists – “brash, loud, determined, loyal to her friends, strong opinionated, rough around the edges, outspoken and lover of a good laugh”.

I was tempted to say “type-cast” but that would be ungallant to the extreme. But even Caroline admitted they were not “holy dissimilar”. She reminded me so much of the girl type-setters I used to employ in Dagenham. They teased me mercifully about my West Country accent and made be blush on many occasions.

Performances of note also came from the delightful David Adams, who took the role of Prime Minister Harold Wilson, and Tracey Wakeling, as Government Minister Barbara Castle, neither of whom let their northern accents deflect them from hugely realistic impersonations of two of the leading politicians of our age.

David was hilarious in ‘Always A Problem’, performed with his entourage of aides, and Tracey demonstrated her voice is as forceful as ever with her rendition of ‘Ideal World’, as well as being the consummate character actress.

Sarah Causley gave a sympathetic portrayal of shop steward Sandra Beaumont who succumbed to cancer as the dispute gathered momentum and Tony Glover was imposing as the much put-on union convener.

Director Jack Price, musical director Ian Crew and choreographer Rachel Worsley can feel well satisfied that their charges rose to the occasion yet again for another memorable show that delighted the Axminster audiences.

About Philip Evans 817 Articles
Veteran journalist and newspaper manager Philip Evans has worked in the publishing industry for more than half a century. He started out as a reporter for Pulman’s Weekly News as a young man and went on to work for an international publishing company in the UK, South Africa and Australia before returning to Lyme Regis where he is still reporting on local events as he has done for more than 53 years.
Twitter

Punk musician and activist to appear at Marine

THE 1970s punk singer, BBC DJ and activist Tom Robinson will play the classic album ‘Power In The Darkness’ at the Marine Theatre in Lyme Regis, alongside other hits. […]