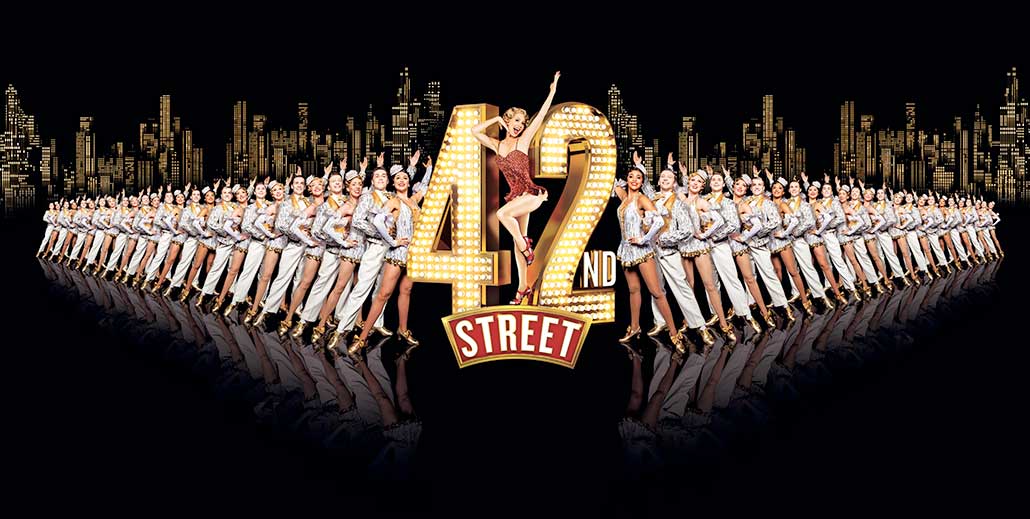 AMERICAN musical classic ’42nd Street’ will be screened to the Marine Theatre in Lyme Regis later this month.

This cinematic screening is the largest ever staging of the Tony Award-winning show and was filmed live at The Theatre Royal, Drury Lane, in the heart of London’s West-End.

Boasting more sequins and glitter than ‘Strictly Come Dancing’, this musical theatre powerhouse tells the story of Peggy Sawyer, a talented young performer blinded by the glimmering stars in her eyes in her desperation to land her big break on Broadway.

Running to New York City from a small American town, Peggy is just another anonymous face amongst the chorus line on Broadway. However, when the leading lady gets injured, Peggy becomes tantalizingly close to seeing her name in lights.

This revival performance is directed by the musical’s author, Mark Bramble, who passed away earlier this year, and features stage veterans such as Bonnie Langford as Dorothy Brock, Tom Lister as Julian Marsh, Clare Halse as Peggy Sawyer, and Philip Bertioli as Billy Lawlor. All supported by a show-stopping, dazzling, tap-dancing ensemble.

The screening will be held on Friday, November 29 with the bar opening at 6pm for a 7pm start.

CATCH up with the latest news in Lyme Regis with LymeOnline’s weekly video news bulletin, presented by editor Francesca Evans, including new plans for the Three Cups Hotel and footage from Storm Dennis. […]

National Theatre debut to be streamed at Marine

THE brand-new political play ‘Hansard’, featuring Olivier award winners Alex Jennings (‘The Crown’ and ‘Lady in the Van’) and Lindsay Duncan (‘Birdman’ and ‘About Time’), will be streamed live from the Lyttleton stage in London to the Marine Theatre in Lyme Regis. […]

Inspirational speakers to appear at second ‘Sea What’s There’ event

FOUR inspiration speakers are lined up to appear at the second ‘Sea What’s There’ event, to be held at the Marine Theatre in Lyme Regis on Wednesday, October 9. […]