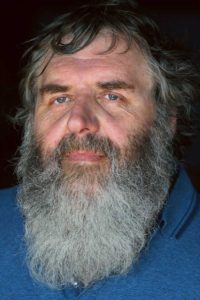 JAM-packed with hilarious characters, ‘A Tomb With A View’ is a wickedly comic play that depicts a family embroiled in inheritance conflicts.

Under the direction of Steve Miller, who works as a lighting technician at the Marine Theatre, the Marine Players will perform this dark comedy from Wednesday, October 23 to Saturday, October 26.

Steve has worked as either a director or technician with dozens of huge names. including Harold Pinter, Matthew Bourne, Lee Evans, and Carlos Acosta. He came to the Marine Theatre in Lyme Regis four years ago.

He has directed more than 50 professional plays and brings 34 years of technical experience to shed new light on this play in his amateur dramatic directorial debut.

With an international career, including on West End productions such as ‘Les Miserables’, ‘Cats’, and ‘The Fix’, Steve has worked on more than 400 professional shows and a spattering of films (even daring to feature in one himself).

‘A Tomb With A View’, which is set in a deeply sinister old library that would not look out of place in Dracula’s castle, is looked over by the omniscient portrait of a grim-faced, mad-eyed, and unnerving old man.

Written by Norman Robbins, the play’s characters make up a strange family: one has werewolf tendencies, another wears Julius Caesar’s toga, and an unsuspecting ‘gentle’ old lady plants more than just seeds in her flower beds.

By the final act there are more corpses on stage than the living.

The Marine Players is a local group of experienced talented performers. Formerly known as the Lyme Regis Dramatic Society, they were renamed the Marine Players in 2016 and have staged hugely successful productions including ‘A Christmas Carol’, ‘Ghost Train’, ‘The Vicar of Dibley’ and ‘Local Affairs’, all raising funds for the theatre’s upkeep.

The play is currently in rehearsals and is an exciting exploration for Steve, who commented: “It’s great fun, I’m learning new skills in interpretation, like trying to tell an actor how to be a sexy diva, while not making the chap she is doing it too embarrassed.”

The performance promises twists, turns, and a heavy dose of comedy. It will be held nightly from Wednesday, October 23 to Saturday, October 26.

Building up to the festive season at the Marine

6th December 2018 Submitted Content Blogs, This Month at the Marine 0

DESPITE the fact it was my birthday, I gave up waiting for Audi to deliver my gift this month so have bought my own A3. […]

20th June 2018 Submitted Content Blogs, This Month at the Marine 0

JUNE is busting out all o-oover… Is it only me who thinks of that brilliant Rogers and Hammerstein musical ‘Carousel’ the moment June arrives? […]

PASSIONATE about connecting communities across rural Dorset with professional arts experiences, the team at Artsreach are excited to reveal their new autumn programme. […]