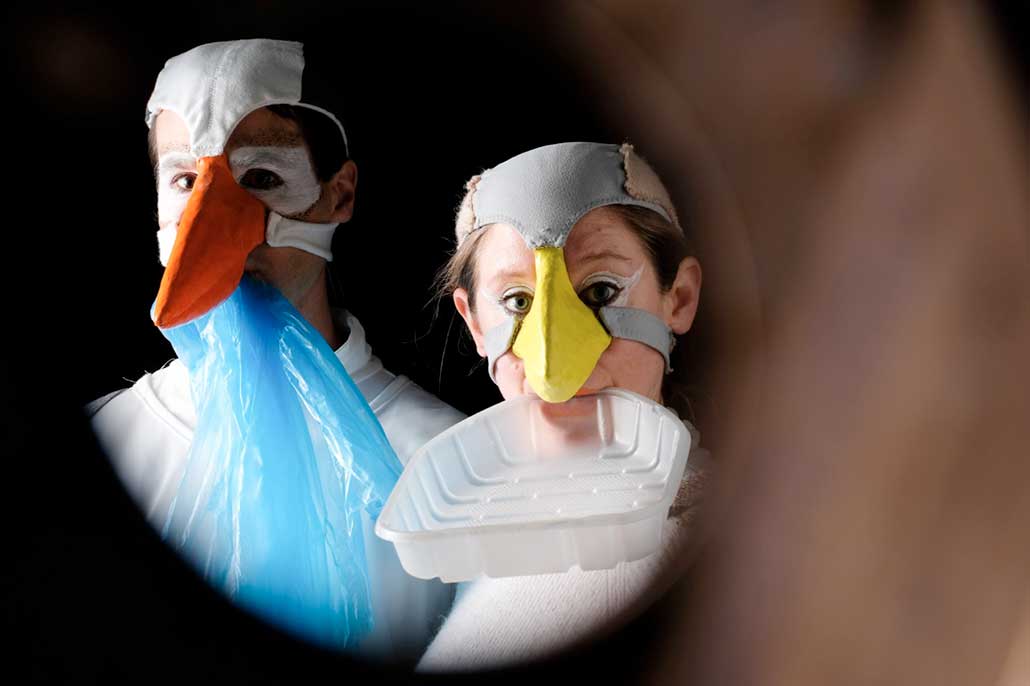 WITH captivating storytelling, live music and stunning puppets – plus a chance to get hands on with recycled puppet-making workshops – three family productions will be visiting venues across Dorset this February half term.

With frolics and foraging, flitting, flying and two unusual feathery friends, the Last Baguette present a madcap and touching show following Henry the Heron and Sally the House Sparrow, who embark on a zany journey to become friends while facing ecological threats to their habitat.

‘The Bird Show’ is a colourful, visual show which gently explores the impact of humans on nature and asks the question, what can we do differently?

‘The Bird Show’ will be held at Wootton Fitzpaine Village Hall, near Charmouth, on Wednesday, February 19 (call 01297 560948 for tickets), as well as in Winfrith on Monday, February 17 and Sixpenny Handley on Tuesday, February 18.

All shows start at 11am and are followed by a recycled puppet-making workshops – places limited, early booking is advised.

How far would you go to be free? Would you leave your home? Your country? Your family? Mary’s in the charity shop pricing up donations and, through a treasure of objects, she learns about the adventures of two ships, The Ark and Dove – a gripping story from the year 1633.

Follow the story of Mary Jennings, a servant woman who travels west from the Isle of Wight across the ocean, risking everything, determined to make a better life for herself. Recommended for ages seven upwards.

‘The Ark & Dove’ tours to Morden on Monday, February 17, and Sandford Orcas on Saturday, February 22, where BSL interpretation is also available.

Albert lives alone with his beloved honeybees on Dartmoor, a mysterious land where nothing is as it seems. One day a stranger appears and steals Albert’s bees and it’s as though the light has gone from Albert’s world.

But a second visitor comes to his cottage – a little Pisky, called Mazymeg. She promises to find his bees, for she knows who the stranger is Dark Dewer, the wicked wizard.

Weaving threads of Devon folklore, an original soundtrack by Dartmoor musicians and shape-shifting puppetry this is Angel Heart’s most enchanting show yet.

All shows are being brought to Dorset by Artsreach, the county’s touring arts company. To find out more and book tickets visit www.artsreach.co.uk

NEXT year will see Dorset-based charity Artsreach celebrate 30 years of bringing professional live performances to rural communities across the county. […]

‘A Midsummer Night’s Dream’ casts its spell over Marine

SHAKESPEARE’S most-beloved magical romantic comedy will be captured live from the Bridge Theatre in London and streamed to the Marine Theatre in Lyme Regis.  […]

4th April 2019 Submitted Content Blogs, This Month at the Marine 0

I’M very good at keeping a secret which is often an essential part of working at the Marine Theatre, the old adage: you never quite know what goes on behind closed doors, especially theatre ones, springs to mind. […]