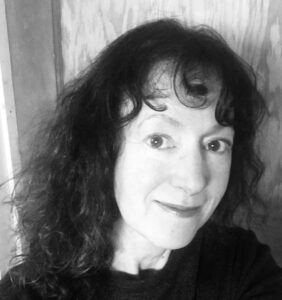 HAPPY New Year! Did you make any NY resolutions? Can you sense my bubbly excitement and enthusiasm? No? Thought not.

Anyone who was daft enough to come up with NYRs needs their bumps testing. I’ve taken to making a daily list, breaking it into segments: get up, have shower, get dressed, make cup of tea. If I try hard enough, sometimes I can make that last until lunchtime.

OK, perhaps a slight exaggeration, but the way things are at the moment it’s impossible to plan beyond one day.

However, you know me, never one to rest on my laurels and following my redundancy last September, I scouted around for something to feed my insatiable appetite for work and I was lucky enough to find some at The Royal Standard just on the seafront there.

Now, contrary to the popular belief of some, not everyone can pull a pint and the last time I pulled was when I was 19 living in Bedford, when smoking complemented a pint and blokes complimented women without fear of reprisal, also when you kind of guessed how much a single shot was; but no more… of any of that.

It was great to get stuck in, and The Royal Standard has that feeling about it that we all crave at the moment, somewhere with a bit of permanence that has been around for a while and intends to stay put.

Of course, it helps that it is 400 years old and some of its customers have been going there since Adam was a boy, but there is something else that appeals.

There’s nothing artificial or bright and shiny, the sort that tends not to last, the core staff have been there several years and know the regulars on a first name basis, their choice of drink and where they like to sit.

There’s a process you have to follow when ordering food from the kitchen that you quickly learn with the help of the Greek head chef Akis whose menu is legendary.

Although I frequently had a mental block on what the dumbwaiter was called, I would say anything from shelf to wotsit that they kindly understood and would send down to me. It’s actually ‘lift’ for those of a curious nature.

There’s also a pool table that according to Maizie is the only one for miles around and was extremely popular pre-Covid.

I was pretty good with a cue back in the day, maybe it’s one of those life skills you don’t forget. I guess we’ll have to wait and see because right now the RS, along with everywhere else, is closed for business awaiting the next government diktat.

I’m looking forward to getting back to pulling pints and pouring shots, there are only so many times I can put ‘make a cup of tea’ on my daily to-do list before it becomes a bit monotonous and predictable. But then that’s life at the moment isn’t it.

Whoa! Hold the front page. I have just had an idea. I could replace every third and fifth cup of tea with a cup of coffee and to maintain my measuring skills, add 25ml of Tia Maria and in the absence of a measure, I’ll do what we used to do back in the day… take a guess.

LYME Regis Town Council is considering whether or not to offer community grants to local organisations this year, due to increased financial pressures caused by the coronavirus pandemic. […]

Kaupeka teams up with Lilac for kitchen takeover in Lyme Regis

LONG-standing friends Kaupeka and Lilac will come together for a kitchen takeover in Lyme Regis next week. […]