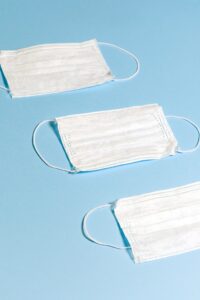 THE big coronavirus debate starting to gain momentum is whether the government will – or indeed should – advise us to wear masks when out and about when the lockdown measures are eased.

It will all depend, I suppose, on the advice of the scientists as the Cabinet has been advised throughout by what the boffins think.

Churchill’s view during the war was that “scientists should be on tap, not on top” and many have questioned the advisability of sticking so religiously to what the government is being told by SAGE (Scientific Advisory Group for Emergencies).

The problem is the advice from scientists differs greatly all over the world as to the benefit of wearing a mask.  They have been wearing masks in Asia for years as a matter of course, but it the original advice received in this country was that a mask would not prevent you catching the disease but would help you not to transmit it.

Apparently, the government is reconsidering its advice on masks and Scotland has already decided to recommend it citizens to do so, although it won’t be compulsory, when lockdown measures are eased.

We live in the least contagious area of Great Britain but I have noticed that more people are wearing a mask as they go about the daily shopping, etc. I think if I were travelling on public transport in London, especially on the Underground, I would definitely wear one.

Fears have also been expressed about recommending everyone to wear a mask could well impact on the supply for frontline NHS workers. But it will be easy enough to make your own mask with dozens of patterns on Google.

Personal Protective Equipment (PPE) is still a major issue for the government with it being reported that one hospital is using of 72,000 items every day. Supplies are in short supply across the world due to unprecedented demand.

One newspaper, the Daily Mail, highly critical of the government’s ability to get on top of this problem, has purchased £1million worth of PPE from China and chartered an airliner to collect for distribution by a fleet of vehicles to hospitals countrywide, having set up a new charity called Mail Force to tackle the dire shortage of equipment.

Viscount Rothermere, who owns the Mail, has provided £1million for the campaign with a further £150,000 coming from The Rothermere Foundation and £100,000 from the Rothermere/Harmsworth Foundation.

The Mail has teamed up with a UK asset management company to match-fund the donations, creating a £4million fighting fund. Mail readers are also being asked to make donations to continue providing essential COVID-19 equipment with any surplus going towards the work on the NHS.

It’s heartening to see a newspaper putting its resources and energy into helping to solve this problem rather than the continual castigating of those working so hard into finding a solution. Sometimes it’s good to ask “could we do better” .

The other big issue which has troubled the government has been the slowness of testing and many eyebrows were raised when Heath Minister Matt Hancock set a target of 100,000 tests at a time when they were achieving barely 10,000.

I’ve pretty well lost interest in the daily Downing Street briefing every afternoon. I still listen in but it seems to me that neither the government nor the press comes out of these with any great credibility, I wonder why they bother.

It is interesting, however, to see that the government is taking questions from the public now as well as the press. And judging by the first two days, the questions are damned sight more interesting than those from the journalists.

Piers Morgan was kicking off on breakfast TV this morning because the government were not putting any minister up to be interrogated. Is it any wonder in view of his appalling rudeness to those members of the government who have had to put up with his boorish behaviour, shouting and not allowing the interviewee to get a word in edgeways.

It is possible to ask difficult questions without being a bully. For Morgan, it’s all about rating and his ego. His behaviour has spilled into another social media argument with Sir Alan Sugar, old adversaries on Twitter. Sir Alan claims his criticism of the government is all part of “an act”.

Complaints to Ofcom about his behaviour have rocketed but Morgan has dismissed claims that his breakfast show viewing figures have collapsed as “fake news”.

It would seem that professional footballers are returning to training, adhering strictly to social distancing rules, in preparation for a possible return to Premier matches being played behind closed doors.

The behaviour of some of the highly-paid players has left a lot to be desired, especially with regard to accepting cuts in their inflated wage packets, but many of them, as individuals, have been hugely generous.

At Lyme Regis Football Club, where I hold the post of president, we had our first meeting via Zoom last evening, well chaired by Howard Larcombe and only lasting about 40 minutes, much quicker than had we all met together at the clubhouse as usually happens.

The meeting appointed new managers last evening (see this Friday’s digital edition of LymeOnline) but also decided they had no option but to call off the club’s main fundraising event of the year, the annual Sausage & Cider Festival which was set to take place on July 4. There’s always another year.

I always try to finish this diary entry with a suitable quotation. I came across this one apropos nothing in particular by American preacher Joel Osteen but perhaps appropriate for this time:

“You must make a decision that you are going to move on. It won’t happen automatically. You will have to rise up and say, ‘I don’t care how hard this is, I don’t care how disappointed I am, I’m not going to let this get the best of me’.”

Support needed to keep Marie Curie Nurses on the frontline

MARIE Curie has launched an emergency appeal following a devastating loss of income from hundreds of cancelled fundraising events and the closure of their charity shops. […]

WITH Lyme Regis’ traditional Easter Bonnet Parade unable to go ahead yesterday due to the coronavirus epidemic, organisers hosted a virtual version of the event instead.  […]

Looking for somewhere to dine out this weekend? You can find a list of Lyme Regis pubs and restaurants with outdoor dining here👇 If we've missed you off the list, let us know and we'll add your for FREE! #lymeonline #lymeregis #dorset https://t.co/Okgy2LGxxW
View on Twitter
0
2

Brian Larcombe is set to serve as mayor for a third term with Kelsey Ellis to become the town's youngest ever deputy mayor #lymeonline #lymeregis #dorset https://t.co/nB0kmDZIr2
View on Twitter
0
3