TO understand the significance of the headline above, you would have to have been a pupil of the Lyme Regis Grammar School or the Woodroffe School. It’s the opening line of the old school song – ‘What High Endeavors Shall Our Voice Proclaim’.

As well as being sung at school speech days and assemblies, over the years it became a tradition to belt out the school song wherever a group of ex-pupils gathered. I remember doing so when I bumped into a Woodroffe rugby touring party in Cape Town airport.

I even know of people who never went to the school who know all the words off by heart, such was the frequency that it was sung at various events, some of which had nothing to do with the school. I don’t think it’s too much of an exaggeration to say it was a cult song, a badge of honour, generating pride in the place where we spent our school days.

So it was not surprising that there was an almighty row when the school song was abolished when new headmaster Dr Richard Steward took office in 2003. It was a clear indication that Dr Steward intended to do things his way.

During his 16 years stewardship (excuse the pun), there were a few other skirmishes which rattled parents and ex-pupils, including the replacement of the school tie.

In recent times, the disbanding of the Combined Cadet Force and closure of the gymnasium for public use have hit the headlines. From a public relations angle, these could have been handled in a more sympathetic manner.

Dr Steward was never one to court a high profile in the community. His focus was on building educational standards and the reputation of the Woodroffe School and in that he has been hugely successful.

With pupil numbers topping the 1,000 mark there were bound to be occasions when some parents were not happy with how their children were treated and many of them have expressed their views strongly on social media since it was announced that Dr Steward will be leaving his post for early retirement at the end of this school year.

Other parents jumped to Dr Steward’s defence by praising his skills, and the board of governors were high in their praise for the reputation the school now has in the world of education.

A tongue-in-cheek pre-Christmas address to pupils by Dr Steward, who warned of the future evils of Brexit, hit the national headlines this week and when he announced his pending departure the head, with stark honesty, confessed the reason he had chosen to retire early was due to the lack of support he felt parents had shown the school during his time, adding: “I am sorry to say that the positive letters I have received from parents over the years would fit neatly into a small ring-binder whereas the letters of complaint would easily fill several large filing cabinets.”

I have to say I liked Dr Steward and got on well with him. PR was never his strong point but he was committed to the school and its pupils. His headship should not be defined by the circumstances that brought him to the conclusion it was time to go. I wish him well. 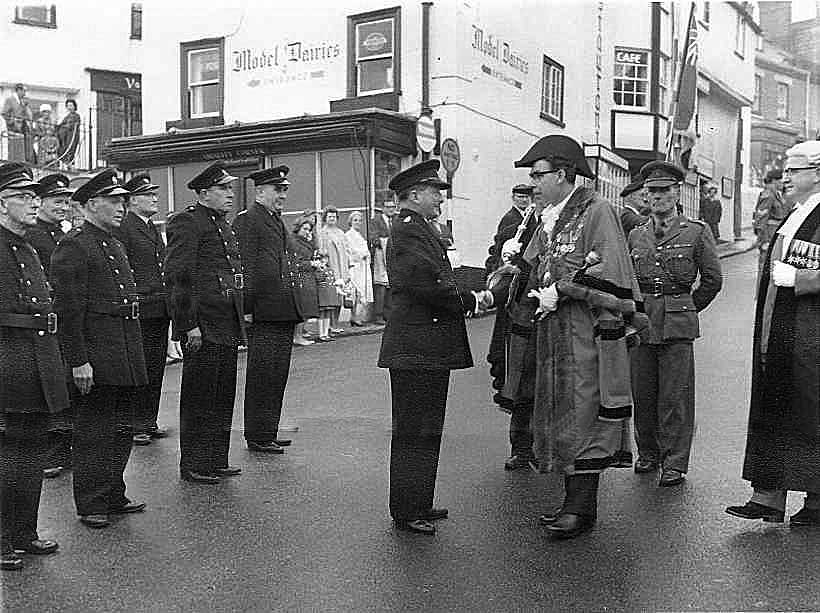 IN this column last week I referred to the alacrity in which the new Army Cadet Force detachment was formed in Lyme Regis following the demise of the Combined Cadet Force at the Woodroffe School, criticism of which must have contributed to the surprise resignation of headmaster Dr Richard Steward.

In that story I referred to the former ACF detachment in the town during the years I was growing up which we affectionately referred to as ‘Chalkie’s Chindits’ after their commanding officer, Captain Frank White. My family lived next door to the Whites before we moved to Anning Road when I was five year-old.

No sooner had the last issue of LymeOnline hit the streets I received a call from Mr White’s daughter, Irene Craig, who now lives in Bedfordshire but keeps in touch with Lyme through Facebook and still regularly visits the town.

I remember Irene because we are about the same age. She told me that her Dad started his military career with the Royal Welch Fusiliers in 1937 and served in Hong Kong, The Sudan and India.

Whilst training for the Air Corp in Lyme in 1942 he met his future wife who worked at the Tudor Cafe in Broad Street. In 1944 Mr White transferred to the Dorset Regiment and took part in the D-Day landings and Arnhem.

In 1962 he underwent officer training at Sandhurst and received the Queen’s Commission.

Irene sent me a number of old photographs of the Lyme Regis ACF in the 1960s (see page 17), including the one above which shows her father accompanying the civic party at the Remembrance Parade in 1966 in which the mayor of that time, Alderman Douglas Fortnam, is seen shaking hands with Donald ‘Spike’ Hardy, who was station officer at Lyme Regis Fire Brigade and owner of the Regent Cinema. Town clerk Harry Williams is also shown.

GREAT sadness in Lyme Regis this week over the death of one of the town’s most popular couples. Eric and Dolly Canfield, who lived in Avenue Road, died within an hour of each other early in the New Year after receiving wonderful care at Shire House.

They were both in their 80s. I am told that their beds were pulled together on New Year’s Eve and that they held hands drinking a glass of champagne. That was typical of Eric and Dolly, who were devoted to each other. They died not long after.

Eric and Dolly ran the Norman House bed and breakfast establishment in Coombe Street for many years and then Coverdale B&B in Woodmead Road.

After moving to the town they immersed themselves in the social life of Lyme and were popular and active members of the trading community. Eric was a former Freemason and Round Tabler and was also a leading member of Lyme Regis Town Band. Dolly lent her support to many charitable causes in the town.

I remember them for the fabulous parties they used to hold and the wonderful array of food on offer. They will both be greatly missed. 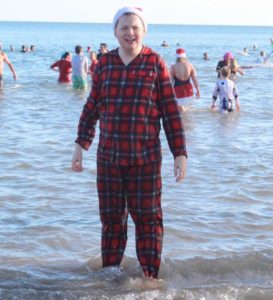 Out of the bubble into the briny

ONE of my favourite national journalists is Matt Chorley who works for The Times and writes the hugely entertaining and informative Red Box blog every day.

I believe Matt hails from Somerset and I have seen the occasional reference to Lyme Regis in Red Box. It is clearly one of his favourite haunts.

Early on Tuesday morning I was interested to read a Tweet from Matthew saying he was “heading to Westminster”. And he added: “Can’t work out if it’s exciting to have a ringside seat for this huge moment in British political history, or if I might be happier being blissfully ignorant running a small gift shop in Lyme Regis”.

I am sure Matt wasn’t suggesting that all gift shop owners in Lyme (and there are many) were ignorant of what was going on in the Place of Broken Promises, although I suspect the gift shop owners were just as interested on Tuesday morning in the resurfacing of Broad Street without being given any prior knowledge.

As always happens on Twitter, a whole conversation started up in which Matt was advised that he was better off sticking to political journalism than opening a gift shop in Lyme with the high business rates demanded.

It turns out that Matt spent some time in Lyme over the festive period and took part in the Lyme Lunge New Year’s Day swim and he posted a photo of himself in the sea wearing Red Box pyjamas.

He also revealed that Dorset Gold was one of his favourite tipples at the Royal Standard and that he had enjoyed several hours in the new SWIM bar.

Keep the Lyme plugs going Matt and I’m sure on your next visit to Lyme there could well be a few free pints of your favourite ale coming your way.

TOWN councillors have agreed an initial budget of £2,000 for a new youth council to be set up at The Woodroffe School in Lyme Regis. […]

MRS Ethelston’s Primary School in Uplyme has been ranked as one of the top 250 primary schools in the country. […]