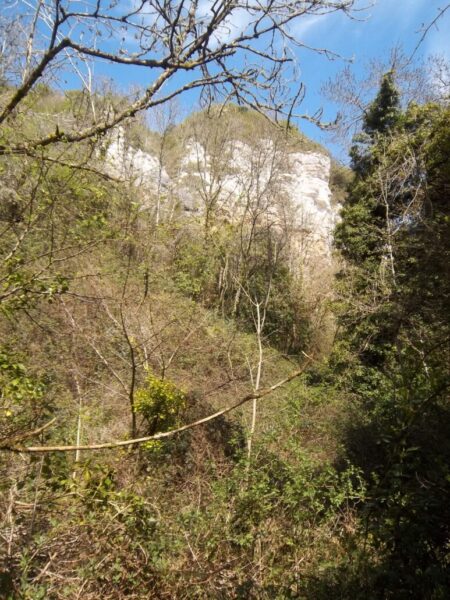 WE’VE all seen headlines like ‘300m of the World Heritage Site destroyed’, but without erosion we’d have no world heritage site or fossils, because they’d be no coast.

On one hand, coastal engineers strive to protect property. On the other, scientists want to protect the coast by limiting the scope of coastal protection schemes.

For scientists, the best way to protect the coast is to do nothing. It’s landslides that creates our beautiful coast and rare wildlife habitats.

For Lyme Regis, landslides are a mixed blessing. They put fossils on the beach where we can pick them up.

I found my first pyrite ammonite 50 years ago, and yet, I know that rough seas will ensure new fossils are on the beach this morning.

The front of Lyme is built on landslides; that’s why since the 1960s we’ve lost homes in Langmoor Gardens, East Cliff and Marine Parade.

The museum provided historical images to help the engineers when Phase 2 of the coastal protection works were completed in 2005.

To date, about £60million has been spent on coastal defence in Lyme Regis. Like the advert says ‘because we’re worth it’!

Our coastal defences are astounding and show what exceptional engineering can do. We can all see the Cart Road in front of the museum, or the beauty of Langmoor Gardens. What we can’t see are the 2,500 soil nails and complex drainage systems ‘holding it all up’.

But nothing lasts for ever and the sea is going to win in the long run.

1959 saw the largest coastal mudslide in Europe, in 1986 the ‘New Slip’ took away half of the Spittles fields, in 2001 a huge tear appeared on Timber Hill and 2008, the ‘Tip Slip’ occurred. We can still see evidence in the Undercliff of the legendary 1839 landslip.

The instabilities Lyme has always faced are becoming more common across the world. Sea levels are rising and increased storminess is going to challenge many of the world’s coastal cities. A career in coastal engineering might be a good career choice for the future!

That means we’re due another!

Richard Edmonds is currently fossil walk guide at Lyme Regis Museum. He has 25 years’ experience of collecting fossils and explaining our unique coast to visitors.

A GOVERNMENT-funded research project is underway in East Devon to see if discounts on council tax and business rates might incentivise residents and businesses to improve the energy efficiency of their buildings. A sample of […]

IT astonishes and massively offends me how many of my generation are currently driving around Lyme or visiting Lyme in their huge vehicles. […]