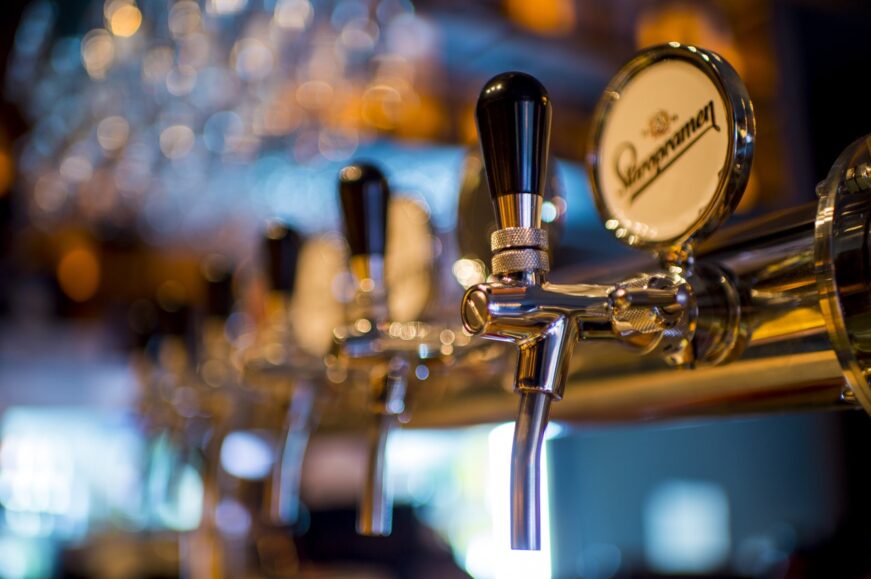 TODAY I am not going to mention second-homers. Instead, let’s go down the pub!

Well, that may come about sooner than we thought following Prime Minister Boris Johnson’s announcement at the weekend that some hospitality outlets may be able to re-open after July 1, providing social distancing is strictly observed.

That announcement came as a bit of surprise to the publicans of Lyme Regis who had already accepted that they would be the last to come out of lockdown because of the difficulty of keeping staff and customers safe.

One publican I spoke to did not think they would be able to open before the end of August at the earliest which, if correct, could have thrown a huge question mark over their ability to stay in business.

With permission now being given to open their doors again as of July, those who run Lyme’s licensed premises, along with café and restaurant owners, are considering how they may be operate under the strict social distancing rules.

One thing they are all adamant about is that they want a bit more clarity from the government over what they can and can’t do. Another factor that will be troubling them will be the all-important question – will their business be financially sustainable under these circumstances?

Those establishments with outside facilities such as beer gardens and outside terraces will be more likely be able to meet government restrictions and welcome customers through their doors again.

But it will be a very different experience than we have been used to when popping down the pub for a pint. For a start, there will be no standing at the bar chatting to your mates. All drinks will have to be served direct to tables, the number of which will have to be reduced to conform with social distancing.

There may well be one way into your favourite bar and one way out. And for those who enjoy pub grub, you may well be given a definitive time to eat your meal.

For the smaller more intimate pubs, it is difficult to see how they can reopen under these conditions and they may well have to be satisfied with continuing serving as takeaways.

When I was a lad there were 13 pubs in Lyme. Most of them were considered to be local boozers. The hospitality trade in Lyme has moved on a great deal since those days with virtually all outlets depending on serving food as well as drink.

Recognising Lyme’s growing reputation as a foodies’ paradise, local breweries are investing huge sums on refurbishing their premises to meet the demands of today and, had it not been for the virus, Lyme would have witnessed the reopening of the Rock Point Inn where St Austell Brewery has invested well over £1million on a refit, having already spent £2 million on acquiring the premises.

But not everyone who enjoys a drink, especially the locals, want an upmarket watering hole serving posh nosh and cocktails. It’s important the smaller pubs find a way to return to business as soon as possible but it’s going to be tough for them, as it is for the numerous small cafés and coffee shops in the town.

If they are forced to stay closed for the summer months, that will have a big impact on the tourist trade, leading to far less seasonal jobs.

There is an initiative afoot to set up a forum to help Lyme businesses through the next few difficult months as the national economic forecast gets more dire by the day.

The idea has been put forward by Lyme Bay Holidays whose business has been severely affected by the lockdown and discussions are already underway with the Mayor, Brian Larcombe, who appreciates that the tourism trade has to be kick-started at some time. It’s the town’s lifeblood.

Lyme Regis has to get back to work as soon as is realistically possible and it is essential that all sectors of business and trading, including the self-employed, are involved in this so that we can learn from each other and tap into advice which may help us all survive.

Lyme will return to the vibrant resort we all know and love (well most of us) but there will be many challenges in the coming months. If we can survive – and we will – the short term difficulties, Lyme will be well placed to benefit from the explosion expected in stay-cation as the days of cheap foreign travel may well be over.

Honeymoon period is over for Boris and Sir Keir

The honeymoon period is clearly over between the Prime Minister and Labour’s new leader Sir Keir Starmer.  They clashed yesterday in the House of Commons over the tardiness of the government in dealing with coronavirus in care homes.

The exchanges were far less vitriolic than we had been used to between Johnson and Corbyn,  but the argument got increasingly bitter as the day progressed with Starmer calling for the PM to return to the Commons for further explanation.

Boris is not so effective at the dispatch box without the baying Tories behind him. Sir Keir is not a finger-pointer or shouty and is far more subtle in his questioning. That’s the lawyer in him. He’s going to be an effective opposition leader, no doubt about that, and Boris will not be getting his own way when the pandemic is finally over.

I’m sorry we haven’t actually been able to go to the pub, as suggested in my introduction. But we will meet there again, hopefully in the not too distant future. The first round is on me!

As John Broderick, former mayor and publican of this parish, used to say: “That’s a pleasure deferred but not forgotten.”

Help available for those struggling with Council Tax

DORSET Council has encouraged residents who may be struggling to pay their Council Tax during the coronavirus epidemic to get in touch.  […]

THE Mayor of Lyme Regis has written to owners of holidays lets and second homes to tell them they will be welcomed back to the town when the time is right. […]

IN line with the national picture, coronavirus cases have continued to increase across Dorset over the past week. […]