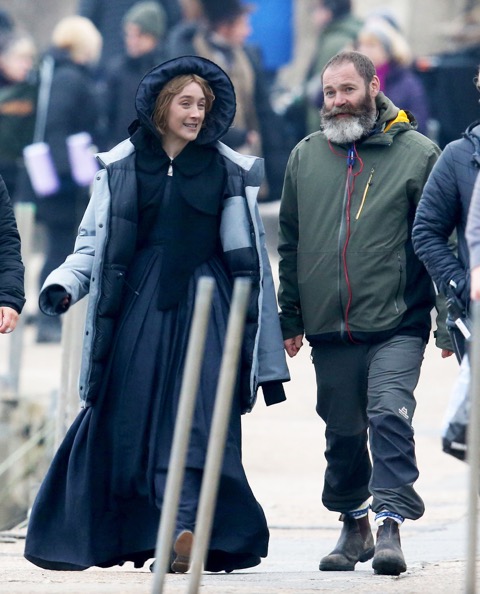 DURING the past 12 months of virus mayhem, who would have spared a thought that two years ago we were all feeling so proud that our tiny town was to star in yet another Hollywood blockbuster movie.

Director Francis Lee, Oscar-winning actress Kate Winslet, along with co-star Saoirse Ronan and the rest of the cast, all descended on our seaside paradise for the filming of ‘Ammonite’ and the town made them more than welcome.

We now have to wait for the BAFTA and Oscar awards to see if our town played a small part in winning a prestigious award… an Oscar would be nice!

TO mark the UK release of ‘Ammonite’, Lyme Regis Media Ltd, which publishes LymeOnline, will be releasing a special souvenir book in April called ‘The Making of Ammonite’.

The book will feature many of Richard Austin’s photographs taken during filming in Lyme Regis. We’ll be releasing more details, including where you can buy a copy of the book, in the coming weeks.

THE Marine Theatre in Lyme Regis will host a special pre-release screening of ‘Lawrence: After Arabia’, an independent movie tells the story of the last year of T.E. Lawrence’s life. […]

WITH the filming of Mary Anning biopic ‘Ammonite’ now complete, the Marine Theatre in Lyme Regis has now revealed the important part it played in the production process.  […]

IN a nationwide exclusive, James Lavelle is giving a talk and presenting his new British Film Institute film at the Marine Theatre in Lyme Regis. […]