I AM sure I am not the only one tip-toeing into 2019 with a thorough disgust of our political leaders and parliamentarians.

I can’t recall a time in my life when I felt so disillusioned by politics and those who practice this dark art. And also for the first time, if there was an election tomorrow morning, I just don’t know for whom I would vote.

The sheer arrogance of our MPs and their manoeuvring for their own inflated egos makes me want to…well, I better not go any further.

The most morally abhorrent sight of hitherto unknown political nonentities being given positions of influence in our Brexit negotiations, bailing out when things really got tough and then having the sheer audacity to believe they could become Prime Minister, well that takes some swallowing.

I believe the country has been let down by politicians of all shades as the very real possibility of exiting Europe without a deal becomes ever likely. This country deserves better.

I’ve never been an admirer of the European Union since the day I was invited to participate in a debate in Luxemburg on electronic publishing, attended by 600 delegates who were corralled in the most expensive hotel in town and lavished with mountains of food and parting gifts. The experience was not helped by the fact my luggage got lost by the airline and I had to attend a black-tie event wearing a checked sports jacket!

This was followed by a trip to Cape Town in South Africa where I came across Glenys Kinnock – wife of former Labour leader Neil, anti-Europe when he led the party but took a job with the EU when he abandoned his principals – who were also fettered and fed at the best restaurants in town and accommodation at the most expensive hotel on some unnecessary fact-finding tour. It achieved absolutely nothing, in fact a giant junket.

I never stray into party politics in this column. In an area where you could put a pig up in a blue ribbon, as my Dad often said, and it would win the West Dorset seat, I stand to offend too many.

Whilst I’m sure that leaving the EU without a deal is going to cause huge difficulties and hardship, you know we have stood on our own before. There has to be a coming together of the whole nation. It may be the making of Great Britain.

Likewise, I believe there has to be a coming together of the various factions in this town. We live in one of the most beautiful areas in the country, Lyme is a most generous town in spirit, but in recent times there have been so much negativity, most of which is expressed on social media.

In a long career in which technology has revolutionised my industry, I have had to come to expect that social media is a force for good. But it can also be so divisive.

There is real dissatisfaction among many in this town about the failure of our council to get to grips with some of the more immediate issues. The trading community seems forever upset and an increasing number of local people believe that it’s all about the visitors.

I don’t believe we, here in lovely Lyme Regis, will be immune to Brexit. It could make life a lot tougher for many, in this town as well in the areas where poverty and prejudice are real problems. We may not have people sleeping on our streets, but there are some families here who struggle greatly to make ends meet.

We must find a way of coming together in this town as well as in this country. That’s why I support LymeForward, an organisation mainly of volunteers which is doing so much to improve the lot of others via the community lunches, the memory club, the food bank, etc.

Social cohesion is a clumsy expression but the willingness of members of a society to co-operate with each other in order to survive and prosper must be the way forward. If we all gave just one hour a week to help towards this goal, it would make a tremendous difference in 2019. 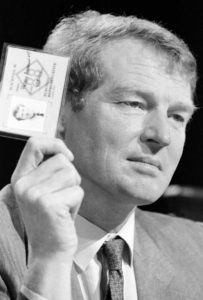 Here’s one politician I greatly respected

TALKING of politicians there was one I had an enormous respect for – Lord Ashdown, former Yeovil MP and leader of the Liberal Democrat Party who died last week.

We were not of the same political persuasion but I admired him greatly after getting to know him when he wrote a column for a group of free papers in Somerset which I managed in the 1980s.

I enjoyed many a lunch with Paddy, including a couple at the House of Commons. He was enormously good company.

After being chosen as leader of the Lib Dems, Paddy invited photographer Richard Austin and I to attend his first party conference at Blackpool. As this was his maiden conference as party leader there was intense press interest and the foyer of the Winter Gardens in Blackpool was crowded with photographers when he arrived.

As he passed through the throng of flashguns going off, Paddy caught sight of me and Richard and shouted over to us: “Philip and Richard, you are invited to my opening cocktail party tonight. No cameras.” The other snappers looked as us as if to say “who the hell are they”?

We duly turned up at Paddy’s hotel suite for the cocktail party and Richard, never wishing to miss a photo opportunity, tried to smuggle in a small camera under his raincoat. But after a bit of a struggle with the doormen, our coats were taken from us.

We were the only members of Her Majesty’s Press in the room, but our presence didn’t last long. After a couple of drinks, Paddy shouted across the room: “Thats it boys. Thank you for coming. We are now going to talk about strategy.” And we were hustled out of the room.

It turned out to be quite a week. On the first day we were involved in an accident on the way to the conference venue when a car drove into the back of our taxi.

These were before the days of electronic transfer of photographs so Richard had to send his rolls of film by train back to our office in Taunton. We stayed in a typical bed and breakfast establishment on Blackpool seafront with parking on a slight incline.

When Richard came back from the railway station he had left the handbrake of my car off and it gently rolled onto Blackpool seafront bringing the whole tram complex to a halt.

WE expect traffic chaos in Lyme Regis in August – but on New Year’s Day? Surely not?

Lyme’s rocketing popularity as an all-year-round resort and a glorious sunny winter’s day conspired to produce one of the busiest days of the year – in January!

We have to say well done to the Rotary Club for organising another superb Lyme Lunge and thank the 600 brave souls who dipped themselves in the freezing waters of Lyme Bay, helping to raise several thousands of pounds for Dorset County Hospital’s Cancer Appeal. Lyme just never stops giving.

But I have never seen more people in Lyme over a festive period. The crowd was estimated at 6,000; I think it was many more. Some compared it with Red Arrows day.

Certainly it was a bumper day for the pubs and restaurants. In some places they ran out of food and one restaurateur told me it was their busiest day of the year. Again, in January?

But with the staging of the event came the usual traffic chaos with vehicles parked in any space available, blocking residents’ drives and causing the usual mayhem.

There seems no solution to Lyme’s traffic problems. The town council is eagerly awaiting the result of a report that has been commissioned – costing a rumoured £25,000 – but it probably will tell us all the things we already know. Is there a magical solution we are not aware of?

This year will be a crucial one for the council. There’s an election in May and a new unitary authority to deal with. Surely the new town council has to look at traffic as its number one priority – or do we resign ourselves to living with this blight for ever? 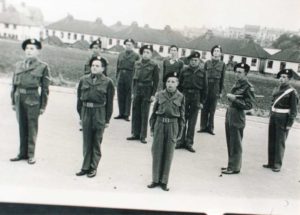 Up and marching in double quick time

IT’S good to see that Lyme’s new Army Cadet Force detachment is up and running in such a short time. It’s amazing what can be achieved by a group of people who feel they have been dismissed without due consideration when they put their mind to it.

This is exactly how parents felt when the Woodroffe School, without prior consultation, decided to close the former Combined Cadet Force. It was not the school’s finest hour from a public relations viewpoint.

Lyme had its own Army Cadet Force back in the day, with their own HQ at the hut at the rear of Anning Road which is now the depot for the town council’s outside staff. With Mr White in charge, the detachment was known as ‘Chalkie’s Chindits’ and regularly drilled on the playing field.

The new detachment will meet and drill at Charmouth Tunnel and expect to have around 25/30 members and a sufficient number of potential adult instructors who are currently being trained with Councillor Cheryl Reynolds, the driving force behind the initiative, looking after the administration.

The photo (left) shows the old detachment being put through their paces by - I think – John Curtis in the 1950s.

About Philip Evans 816 Articles
Veteran journalist and newspaper manager Philip Evans has worked in the publishing industry for more than half a century. He started out as a reporter for Pulman’s Weekly News as a young man and went on to work for an international publishing company in the UK, South Africa and Australia before returning to Lyme Regis where he is still reporting on local events as he has done for more than 53 years.
Twitter

LYME Regis Town Council – having already lost an estimated £300,000 due to the coronavirus pandemic – is considering serious money-saving measures in case of a second lockdown. […]

FOLLOWING the government’s easing of lockdown restrictions, East Devon District Council is starting to reopen some of public toilet facilities.  […]