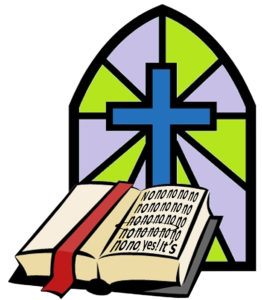 THE last village play was not quite the success we had hoped for. I must take my share of the blame for I now consider that the role of Hamlet was maybe not the part for me, neither being as sprightly as I used to be or indeed given to introspection.

This time around, Mr Horton hit on the wheeze of doing a play based around the arrival of our new vicar and ensuing adventures. I use the word adventures in its loosest possible meaning.

Oh… anyway, I am pleased to tell you that rehearsals are progressing most satisfactorily. Owen Newitt was initially sceptical, but I am glad to say he is now fully behind this enterprise.

I am one of Owen’s staunchest admirers, in spite of his questionable body odour and even more questionable attachment to his livestock. I cannot fully go into my reasons for admiring Owen so, save to say it involves a wardrobe (closet is such an Americanism).

Letitia Cropley has volunteered to provide the after show catering, we firmly hope there is no repeat of her dish of roast beef with a semolina joux which kept the Radcliffe hospital staff busy for weeks.

In a surprising twist at this week’s rehearsal, both Hugo Horton and Alice Tinker announced they would both be leaving their brains to science. I have it on good authority that the world of science rejected their kind offer and made alternative suggestions, none of which I can mention in a family newspaper.

The vicar herself has shown hitherto unexplored avenues of thespian talent, in fact at one point I was absolutely speechless. Odd that, I am rarely speechless as I am reliably informed by almost everybody.

Please do come to our little show. It promises to be a laugh a minute experience. Although I have to be perfectly honest and say that thanks to my newly calibrated stopwatch I can now reveal that it is actually a laugh every two minutes and thirty-one seconds.

By Frank Pickle (aka David Ruffle)

TRIBUTE: The Marine Players were saddened, like so many others, to hear of the death of Emma Chambers who played Alice in the TV series ‘The Vicar of Dibley’. Hers was a finely tuned creation showcasing her comedy skills and she will be greatly missed. Lorraine Knowles, who is playing Alice in our production, will write a short tribute which will be featured in the show’s programme.

The Marine Players perform ‘The Vicar of Dibley’, a stage play by Ian Gower and Paul Carpenter, based on the TV series by Richard Curtis and Paul Mayhew-Archer, from Wednesday, March 21 to Saturday, March 24 at the Marine Theatre in Lyme Regis. Tickets priced £12 available from the Tourist Information Centre.

THIS April, comedian and self-proclaimed “natural worrier” Suzi Ruffell brings her new show to the Marine Theatre in Lyme Regis. […]

DORSET’S touring arts charity Artsreach celebrates its 30th birthday this year, but its anniversary programme has not worked out as planned due to the coronavirus pandemic.  […]

Plenty to entertain kids at Marine this half term

‘LILY & the Albatross’, a special play about the ocean, is a fitting highlight to a week of half term events at the Marine Theatre in Lyme Regis. […]