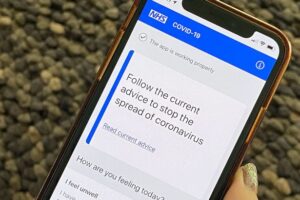 THERE will be an intense debate this week as Prime Minister Boris Johnson prepares to unveil how we will take the first tentative steps towards relaxing the coronavirus lockdown measure.

It’s the biggest challenge a government has faced since the Second World War and Boris cannot afford to get it wrong.

He is facing increasing pressure to get Britain back to work but if relaxing measures too quickly causes a second wave of COVID-19 it would be even more severe than the current contagion.

The drop in the number of cases, resulting in fewer coronavirus victims being hospitalised, coupled with the slow decline in deaths, indicates that the stay at home strategy is starting to work.

Testing is going in the right direction, the flow of personal protection equipment seems to be improving, although a number of care homes are still finding it difficult to source sufficient quantities despite the hundreds of seamstresses all over the country doing their best to supplement supplies by making scrubs and masks at home, some of them working around the clock.

Yesterday, the number of deaths in all settings including care homes and hospices had fallen to 288, the lowest daily figure since the end of March. That figure is likely to rise today because of the difficulty of getting accurate figures over the weekend.

Other European countries are already relaxing their stringent lockdown restrictions in a bid to return life to the “new normal”, as it is being described.

Their citizens are being allowed out on a limited basis, families are able to meet up and more shops are opening.  There have been no reports of a spike in new cases in these countries so we can assume that things are progressing in the right direction.

Here, we are several weeks behind those countries but the requirement to get Britain working cannot be ignored by the government. Boris is meeting up with the Labour leader Sir Keir Starmer on Wednesday to take him through the tentative plans and will announce them publicly on Sunday when he will address the nation again.

I think Sir Keir has demonstrated that he has what it takes to be formidable leader of the opposition. Mindful that all sections of the community have to pull together to get us through this crisis, he has not shied away from criticising the government’s handling of the epidemic, where criticism was justified, but has made it clear the Labour intends to play its part in supporting the huge challenge ahead.

This is how it should be and I hope that when we eventually rid ourselves of this terrible disease we will see a more moderate form of politics – but that’s probably wishful thinking.

The government is putting great faith in technology and has announced that an app will be trialed on the Isle of Wight, starting today, which will help trace and track those with the disease. The app works by asking users if they have symptoms and then automatically alerting anyone who has been in close contact with them. If the trial is successful, the government hopes to roll out the app nationwide within the coming weeks.

I think the daily briefings from Downing Street have been a good deal more interesting since the government started taking a couple of questions a day from the general public. These questions have been far more relevant to our current situation than those that were being asked by journalists.

I thought the Q&A session with the press reached a new low a couple of days ago when one of the journos asked whether it was a mistake to have built the Nightingale Hospital at the ExCeL exhibition centre in East London.

It is one of a number set up around the country to ensure that the NHS was not overrun, as happened in northern Italy. Had that been the case, the government would have been castigated for not preparing for this.

Another case of “damned if you do, damned if you don’t”, the demon of all governments. What did this journalist expect them to say: “Yes, we made a terrible mistake. Sorry about that!”

I have seen it suggested in one of the papers that the government might consider relaxing lockdown measures area by area based on where the virus is less prevalent. That would certainly mean that the South West, where the number of cases and deaths is far lower than anywhere else in the country, would be the first to savour the “new normal”

But that would be disastrous for this area because it could lead to a mass invasion of people trying to get to a safer area. This would be a doomsday scenario and I cannot believe the government would think of going down this route.

Life in Lyme struggles on. I have noticed on my early morning walks that there is a distinct difference between the mood of the men and women taking their daily exercise. From the blokes you get a cursory nod or grunt, from the ladies it’s usually a chirpy “good morning, how are you?” Come on chaps, let’s cheer up!

But there is an increasing number of examples of good deeds around the town to help those in need of help and support. The foodbank is helping a record number of people and local chefs are filling their long days by cooking up meals for frontline NHS workers and others in need.  Like always, Lyme rises to the occasion.

“The greatness of a community is most accurately measured by the compassionate actions of its members,” so said civil rights leader Coretta Scott King.

B Sharp Busking Festival to go ahead online

YOUTH music charity B Sharp will be hosting an online version of its annual busking festival this weekend. […]