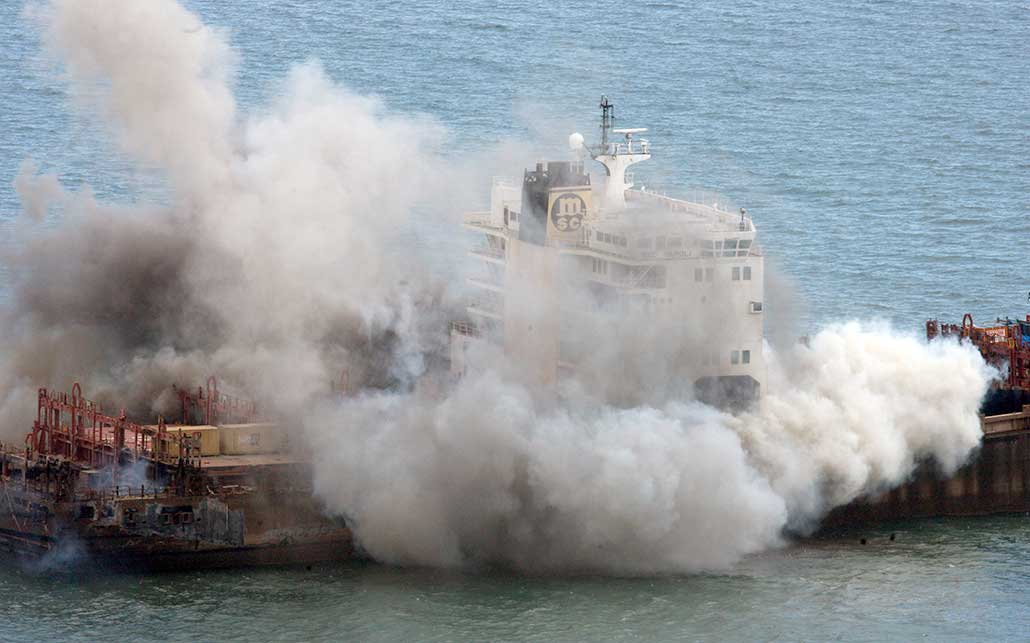 AS the weeks passed I was sent by various newspapers to the Napoli ship-wreck at Branscombe.

I was there on a daily basis watching the wreckers come and go with bizarre choices of souvenirs – the larger stuff such as motorbikes were long gone.

People were arriving from all over the country and soon the inevitable happened; local houses in the village were being robbed with one farmer loosing all his chainsaws in a night time break-in.

‘Scavengers’ is a good word for some of them. Thankfully the police closed the beach for the official clear-up, which took months.

As the dust settled on the wreck of the Napoli, the decision was taken that the ship had to be broken up in order to being removed from the shore.

High explosives were to be used, so a date was set, the media informed, and members of the public came along to witness the spectacular event.

The media count was high with TV and newspaper representatives, and a number of photographers had hidden themselves in the cliff face hoping for a picture that nobody else had.

Unfortunately for them the police had other ideas as to where the safety line should be drawn, and we were all moved so far away you may be forgiven for wondering if they were going to nuke the ship.

Eventually someone counted down from 10 and a muffled bang with lots of smoke was witnessed.

As the smoke cleared it became obvious it was a total failure, meaning that we would all be back again for another go at splitting the ship.