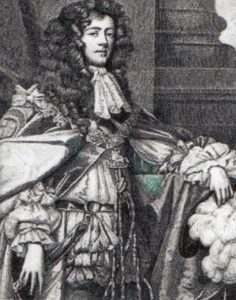 MOST readers will know of Monmouth Beach, Monmouth Street and Monmouth House, but how many know the history that relates to The Duke whose name they proclaim?

He was James, the illegitimate son of Charles II, born on April 9 1649. Charles sired him during his continental exile when he became romantically involved with Lucy Walter, also exiled, her father being the Lord of Roache Castle in Pembrokeshire and a confirmed Royalist.

Charles and Lucy lived for short time as man and wife; she always maintained that they had been married in Liege by the Archbishop of Canterbury. Charles denied the marriage ever took place and although he discarded Lucy, he fully acknowledged the boy as his son.

Lucy died when James was eight years old. Brought to England from France in 1662, he was installed at court as a favourite of the King, who had been restored to the throne in 1660.

He became the Duke of Monmouth in 1663 when his father bestowed upon the 14-year-old boy several titles and a considerable fortune with which to maintain himself and a wife.

Marriage to Anna, Countess of Buccleuch in the same year, gained him yet more titles and money from his wife. In honour of his wife he adopted her surname and became James Scott Duke of Monmouth.

At the age of 16 Monmouth was introduced to military duties as was expected of a man of rank. He went to sea with the King’s brother (his uncle), the Duke of York, and took part in the battle of Lowestoft against a Dutch fleet.

Evidently he showed courage when under fire and proved himself ready for a military career.

In 1668, aged 19, he was commissioned as Colonel of the Horse Guards, this senior military appointment made him responsible for the safety of the King.

When the Duke of Albemarle died in 1670 he became the most senior officer in the army. A military alliance with France saw him commanding some 6,000 soldiers, fighting the Dutch army under William of Orange in the Low Countries.

Once again he distinguished himself in battle and became something of a hero in the eyes of his countrymen.

It was during this period that he became associated with Captain John Churchill, companions in arms they were later to face each other as adversaries at the Battle of Sedgemoor in 1685.

Religion became a prime factor in Monmouth’s destiny, as did the question of who should succeed Charles and inherit the throne.

The King made it clear that the only legitimate heir was his bother, the Duke of York. Plot and counter plot saw both contenders being exiled for being suspected of plotting to assassinate the King.

Charles died in February 1685 and his Catholic brother became James II. Monmouth was a threat to the new monarch, the more so because he had converted to the Protestant faith.

A rumour suggested that Charles had been poisoned by his brother. Monmouth was in no doubt that his father had been murdered.

When he was approached by English and Scottish exiles in Holland to lead an invasion, he saw it as a chance to claim his rightful inheritance and save England from a Popish ruler.

On June 11 1685 he stepped ashore on the beach that bears his name, the Monmouth/Western Rebellion had begun.

TWO members of the Royal British Legion have returned to Lyme Regis, having been among 2,200 to lay wreaths in Ypres, Belgium, to mark 100 years since the end of the First World War.  […]

Military expert to give talk on Great War’s final battles

THE events which led to the end of the First World War will be re-told by a military expert in a talk in Lyme Regis. […]