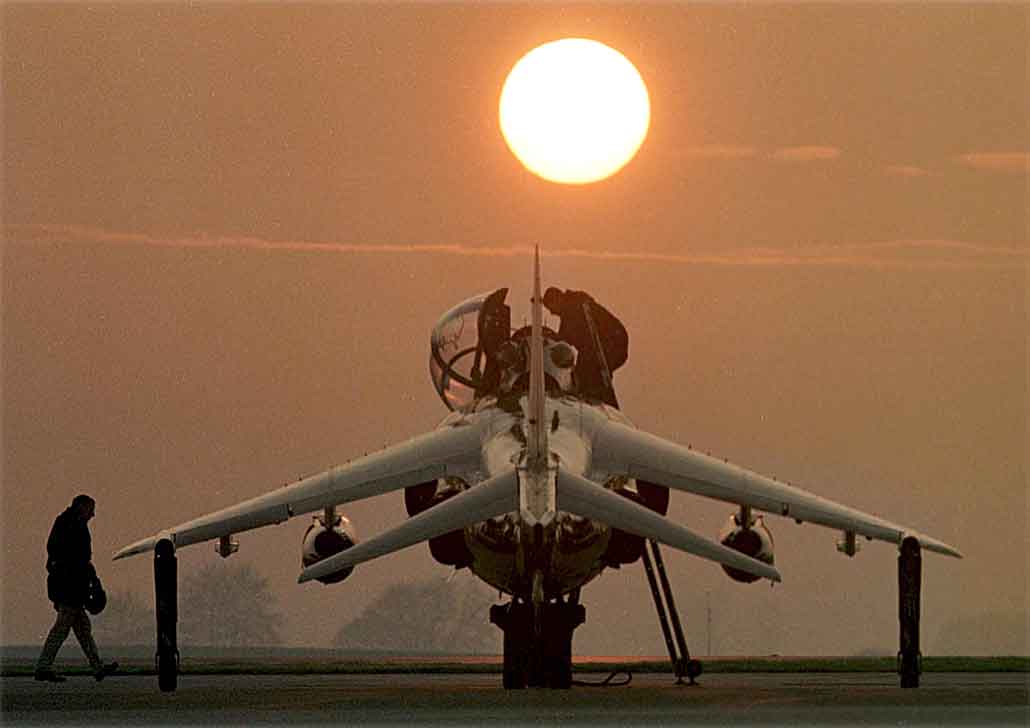 THE press were invited to photograph the Royal Navy’s Sea Harriers going to war, leaving Yeovilton at 5am on the coldest morning I have ever experienced.

It was almost total darkness as half a dozen press reporters and photographers, as well as TV cameramen, waited for the aircraft to finish receiving final checks and refuelling  before the take-off.

It was apparently -5 on the runway and it took its toll; one reporter collapsed and had to be evacuated by an on-duty ambulance crew.

The sun came up and the last aircraft was almost ready to go. It would have been a strong picture had the sun shone through the Harrier and the crew, but a low bank of cloud prevented it as the sun broke free just above the aeroplane.

It was published in The Times newspaper the following day so, as a newspaper photographer, that’s whats its all about!