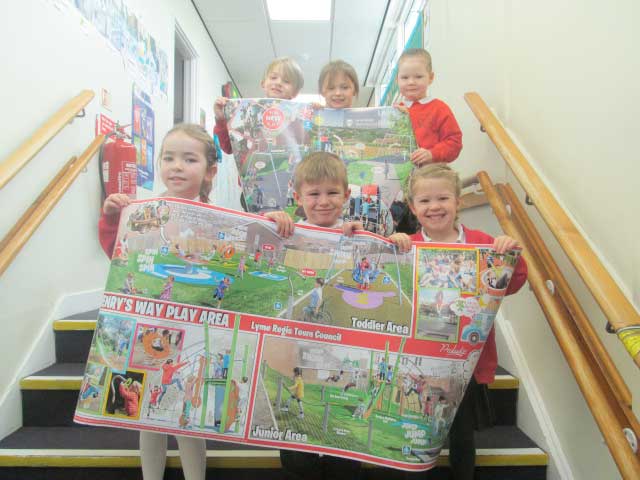 LOCAL schoolchildren have been choosing their favourite design for a Lyme Regis play park.

We will be refurbishing the park at Henry’s Way this spring/summer and wanted to get the opinions of the real play experts – children!

The park, which was built as part of the Admiral Heights housing development, is under-used and in need of updating.

We have secured almost £30,000 from West Dorset District Council through section 106 funding, and the remainder will be funded by the town council. This funding has been ring-fenced specifically for play parks, and as the council owns the town’s two parks, no-one else would realistically be able to apply for this funding.

Although the public may consider there are other priorities in the town, the funding could only be used for this purpose, so it was a case of ‘use it or lose it’.

Their verdict will be reported back to councillors at the full council meeting on March, 20 when a final decision will be made.

The designs included a basket swing, roundabout, climbing tower, track rider, talk tubes, springers, and trampoline, but the final features will depend on the chosen scheme.

It is hoped the park will have greater use when the new equipment is installed, offering another valuable amenity for the community. 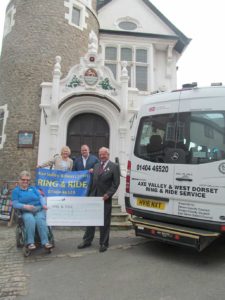 Providing transport for those most in need

DID you know there is a community transport service operating in Lyme Regis which collects you from your own front door?

Axe Valley and West Dorset Ring and Ride provides transport for the elderly, disabled, parents with young children or people living in isolated areas where there is no adequate public transport.

The council has been pleased to financially support this service for many years, the most recent grant being for £2,500. We recognise the importance of this service to local residents, with over 5,500 return journeys taken by Lyme Regis passengers in 2018.

The service has been operating since 2001 and provides door-to-door shopping trips, at reasonable fares, to towns in West Dorset and East Devon.

There is also a Passenger Club for each zone which offers a weekly afternoon trip and a day trip on one Saturday each month. The annual membership fee is £10 and trips include Sidmouth, Otter Nurseries, Sherborne, the Somerset Levels, Weymouth and Dorchester, Lynton and Lynmouth, Glastonbury, Wells, and Swanage.

The service encompasses isolated rural areas and offers a lifeline to many who may find other forms of transport inappropriate or simply lacking.

For further information and details about any of the trips available please contact the ring and ride office on 01404 46520.

THE council has given permission for ground investigation works to be carried out ahead of the proposed demolition of a seafront property.

We opposed plans to demolish a bungalow on Marine Parade and replace it with a three-storey house.

Our Planning Committee had serious concerns about the proposal, particularly regarding land stability at the rear of the site, the absence of expert geotechnical advice, and the lack of plans for a retaining construction.

Other concerns included the duration of the build, the impact on Marine Parade and Cart Road, the impact on public access and traders, and the design of the proposed new building.

While the town council remains opposed to this development, which has been given planning approval by West Dorset District Council, we have given permission for ground investigations to be carried out at the site.

Although this is an essential part of establishing the extent of any ground works, this does not change the council’s position or prejudice any future position we may take.

The investigation works will be carried out during the first week of April and will involve a small drilling rig on site on April 3 and 4.

As one of our major concerns has been the lack of supporting information so far, it is hoped the investigation works will provide critical details and demonstrate whether the scheme is viable or not. 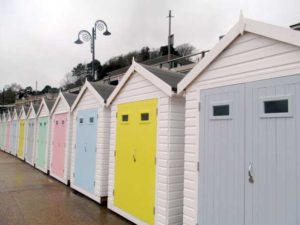 THE new pitched roof beach huts have arrived on the seafront this week.

The council is replacing all its pastel-coloured huts on the Cart Road over the next three years, with the first 12 already in place.

We offered the old huts for sale for £50 and the response was overwhelming. Several people were waiting outside the office at 7.30am to grab themselves a hut and the phones started ringing as soon as the lines were open.

All 12 huts were gone by 9.08am! But don’t worry if you missed out – there’ll be another 12 available to buy next year, and a further 12 the following year.

Council grants to be allocated this month

COUNCILLORS will have their work cut out deciding how to allocate grants to 26 local organisations this month.

We invited grant applications from local groups and organisations for community-based projects. We have around £40,000 available, but with the applications totalling almost £51,000, councillors will have some tough decisions to make.

Funding bids have come from a range of organisations, covering sports, entertainment, support groups, social clubs, young people, and the environment. We’re pleased to see applications from newly-formed organisations or those who haven’t applied before.

The council will hold a special meeting on Wednesday, March 27 to consider the applications and allocate the funding.

THE election timetable is now well underway and the countdown to polling day has begun.

Nomination forms are now available and the notice of election was published on Friday. Anyone who wants to stand for election must submit their nomination forms by 4pm on April 3.

On April 4, we find out if there will be an election for Lyme Regis Town Council – if there are 14 or less candidates, they will be declared elected without a public vote.

Polling day is on Thursday, May 2, when the first election to the new Dorset Council will also be held.

Nomination packs for both unitary and town/parish council candidates are available from the town council office or at www.dorsetforyou.gov.uk

THE Mayor of Lyme Regis has said the council has an “obligation to protect the public’s safety” as it continues its efforts to see dogs banned from the town’s main beaches all year round. […]