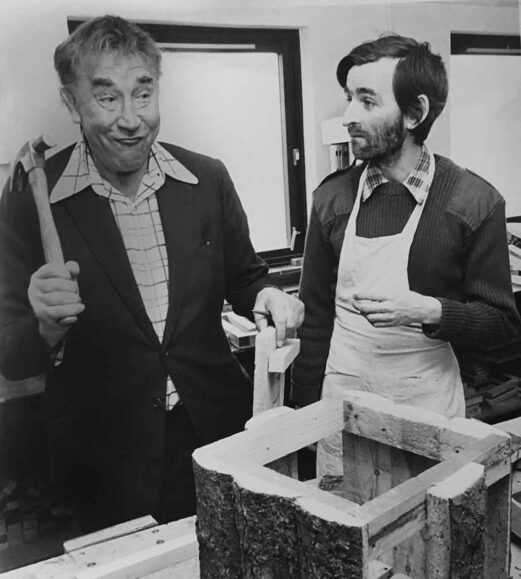 THIS week there was an hour-long programme on TV about the life and times of comedian Frankie Howerd. It reminded me of the time I met up with him on a visit to a learning centre in Taunton quite a few years ago.

I’d always been a fan of his. TV shows and cinema films he had starred in were a good laugh; he had his own set of catch words and phrases totally unique to himself.

On this visit he obviously knew the press would be there and Frankie certainly played up for the cameras, just like the professional he was, which always makes it a lot easier from the photographer’s point of view.

Frankie died of heart failure in 1992 and, afterwards, there were plans to open up Frankie’s Somerset house to the public.

I was sent along there to photograph inside and out; it felt slightly intrusive but the person in charge even showed me Frankie’s wig by the side of his bed and revealed that Richard Burton and Elisabeth Taylor secretly used to come and stay at his Somerset house.