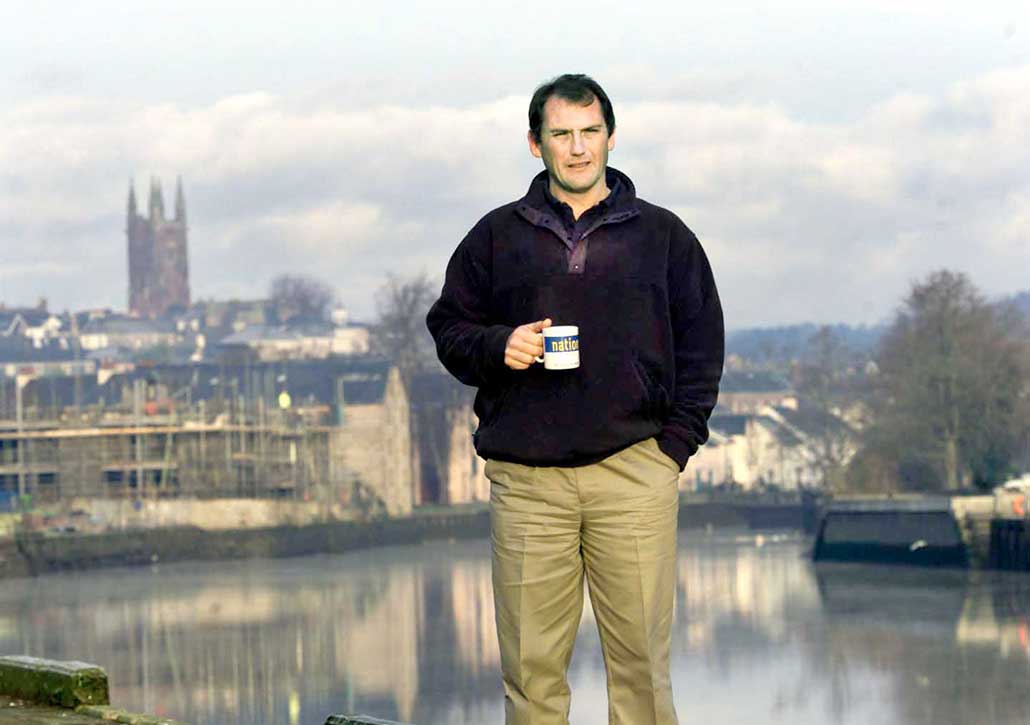 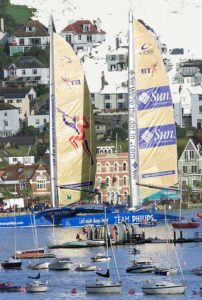 THE year was 2000 and international hero and inspirational sailor, Pete Goss, had built the largest ocean racing catamaran ever seen in his ground-breaking workshop in Totnes, on the River Dart.

Pete became a national and international hero when he rescued French yachtsman Raphael Dinelli as his boat sank beneath him in the round-the-world single-handed sailing race, the Vendee Globe, on Christmas Day 1996. In doing so, Pete scuppered his own chances in the race but was awarded the Legion d’Honneur by the president of France.

Pete’s marketing team were doing a great job on the new ‘Team Philips’ project; sponsors were all in place as well as a team to build this massive catamaran, and build it they did.

The Western Morning News were on it from the start to the sad ending, but all the amazing bits in the middle were a privilege to photograph and be close to, and that of course meant Pete, who was always helpful, confident and very much the driving force.

I photographed the boat in most of the development stages right up to the time when the hulls would emerge from the workshop for the first time. Hundreds of people turned up for the event, including a huge press gathering. As the boat slowly emerged the sun began to shine on the bright blue paint making a visual one to remember.

There were serious set-backs discovered in the boat’s trials; first 12 metres of the port hull broke off, it then suffered problems with the pioneering giant ballbearings that supported the 130 foot tall masts, which needed repairing. Whilst on sea trials Pete and his crew had to abandon the yacht in the mid-Atlantic in December 2000 following a freak storm with 30 foot waves and 70 knot winds.

Eventually, Pete called a press conference at the Totnes HQ and announced that ‘Team Phillips’ was over, his dream had ended in failure. He was almost apologetic as his voice cracked and wobbled a little. For me he had nothing to apologise for, pioneers and heroes such as Pete Goss are what makes Britain great.

I met Pete on the quayside at Totnes a few days later, it was just him with a mug of tea, the River Dart and the church tower prominent in the background. He told me that the storm that finished them was one of the biggest he had ever seen and, climbing off the catamaran and up the side of the huge rescuing tanker could have ended in tragedy as the masts slapped against the hull of the ship.

Pete showed me the only thing he took off the boat, it was a coin the Queen had presented to him.

Former lifeboatman to row the Atlantic for charity

FORMER Lyme Regis lifeboatman Ian Kentfield will be nearly 60 when he rows the Atlantic in March 2021. […]

EMERGENCY services were called to West Bay, Bridport, on Sunday, June 24 following a fatal crash during a power boat race. […]

LYME Regis Gig Club’s Juniors excel at Swanage rowing Regatta last Saturday with the Under 14s winning their race and the Under 16s coming a good second. […]