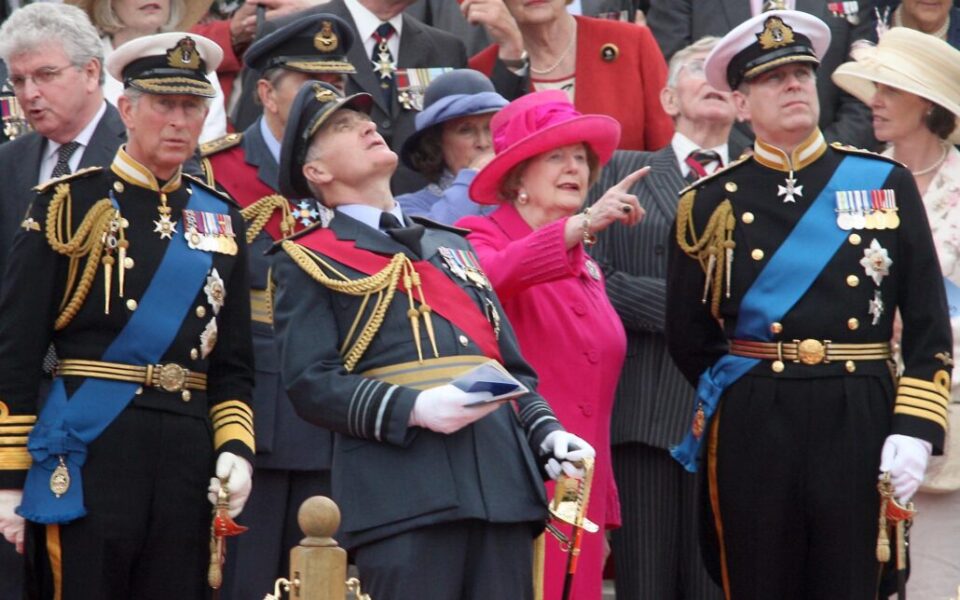 THE Falklands War 25th anniversary commemorations in central London, with former Prime Minister Margaret Thatcher standing out among the military personnel and royalty in her bright pink ensemble.

She is pictured above with Air Chief Marshall Sir Jock Stirrip, Prince Charles and Prince Andrew, watching skywards from the top of the Mall as the Red Arrows fly overhead.

London was awash with military and former military. The march past in front of the Queen was a moving sight as regiments were denoted by the colour of their berets.

I did wonder just what was going through the mind of Margaret Thatcher; the Falklands was considered her ‘triumph’ by some, and cemented her reputation as the ‘Iron Lady’, but probably the toughest thing in the world is sending men into war knowing that some would never come back.