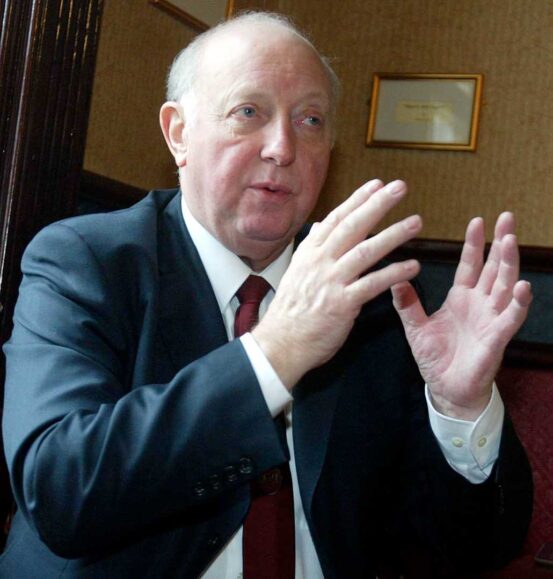 IT was 2003 when I took a call from a picture desk saying could I meet up with Arthur Scargill for lunch and photographs.

I can forgive the younger generation for not knowing who Arthur Scargill is. His name was never out of the news in 1984/85 as he led the National Union of Mineworkers into battle with the National Coal Board.

Opposition to the strike was led by the Conservative government of Prime Minister Margaret Thatcher, who wanted to reduce the power of the trade unions.

Violent confrontations between flying pickets and police characterised the year-long strike, which ended in a decisive victory for the Conservatives and allowed the closure of most of Britain’s collieries.

It was described as “the most bitter industrial dispute in British history”. At its height, the strike involved 142,000 mineworkers.

So there I was, having lunch with Britain’s most famous trade unionist in a pub in Exeter. I was with a reporter who asked Arthur all the most obvious questions and I thought he would have shied away, but no, off he went just like he was on the telly all those years ago, arms waving and gesticulating, but he gave the reporter a great interview and he didn’t mind me photographing him as he talked.

Boris’ biggest challenge as he goes into intensive care

WE were half-way through Neville Causley’s brilliant virtual quiz last night, taking our minds off the coronavirus crisis, having plenty of fun aided by a couple of cocktails, when suddenly a news flash pinged onto my mobile phone saying Boris Johnson had been put into intensive care. […]

WEST Dorset MP Sir Oliver Letwin has had the Conservative whip withdrawn after voting against the party line in last night’s Brexit backlash. […]

WEST Dorset MP Chris Loder has given his backing to a new bill which could see those of desecrate war memorials face up tot ten years in prison.  […]