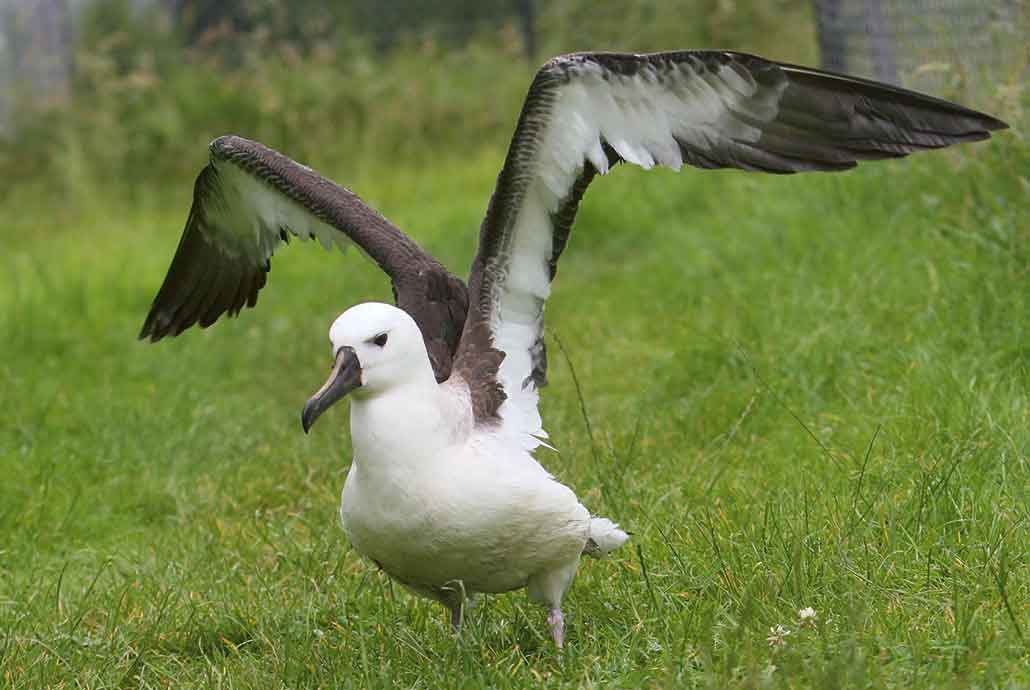 SOME people wouldn’t look twice at what appeared to be just another seagull.

But one passer-by on the beach at Burnham-on-sea, in Somerset, recognised the ‘large gull’ as an albatross, leaving British birders somewhat in shock with the news, because it was the first ever recorded albatross in British and European waters and they didn’t get to see it.

That left me the honour of being the first photographer to photograph said bird, which turned out to be a sub adult yellow nosed albatross.

The bird spent the night at Secret World Animal Rescue and was released the next morning. It was quite obvious the bird had never encountered a human before and he showed no fear of people at all.

Albatrosses need height to get airborne so he was released from the top of Brean Head. Simon Kidner held the bird skywards and let him go when he spread those eight foot wings. He glided off into the sky without once flapping his wings.

The seagulls in the vicinity went crazy, even they hadn’t seen a yellow nosed albatross before!

Capturing wildlife on the Somerset Levels

A STROLL around the Somerset Levels visiting a few excellent places for wildlife pictures can be very rewarding. Wild birds and animals, mostly birds, can be seen in abundance pending on what time of the year it is. […]