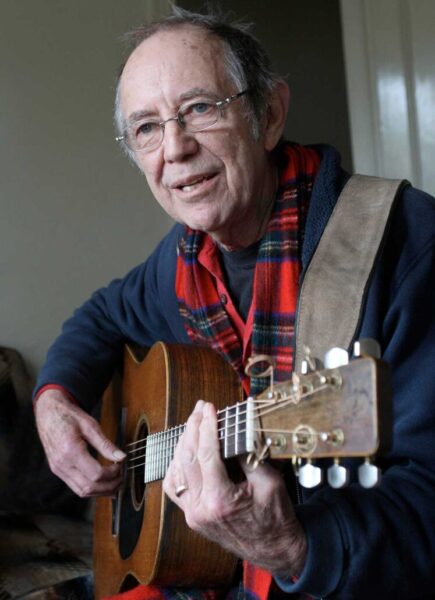 IF you can recall the Steve McQueen film ‘The Thomas Crown Affair’ from the 1960s, you may remember the film’s theme tune ‘Windmills of Your Mind’ sung by Noel Harrison.

I remember the film and the part in which Steve McQueen flew in his glider to Noel singing ‘Windmills’.

I was amazed when I was sent to meet Noel in his modest, terraced cottage in Ashburton, near Plymouth. He answered the door with a beaming smile and we sat in his sitting room chatting about his hit UK top ten record.

I thought he had written the song but he soon put me right, explaining that he was not the writer but the performer of the song, which went on to win at the Academy Awards for Best Original Song.

Noel couldn’t be at the Oscars to perform the song because he was in England working with Oliver Reed and Hayley Mills on a film called ‘Take a Girl Like You.’ His place at the awards ceremony was given to the legend Jose Feliciano.

In his career he also toured with The Beach Boys and Sony and Cher, appeared on The Ed Sullivan Show, featured on music programme Hullabaloo, and appeared on The Tonight Show Starring Johnny Carson, not to mention The Man from U.N.C.L.E.

His famous father, Rex Harrison, performed in many productions in his career, such as Dr Dolittle, including the song ‘Talk to The Animals’.

Noel passed away in 2013, aged 79. Photographing him was one of the highlights of my career for sure; a very chatty and interesting man.

I asked him to play and sing ‘Windmills of Your Mind’ as I photographed him, he did, and it’s something I will always remember.