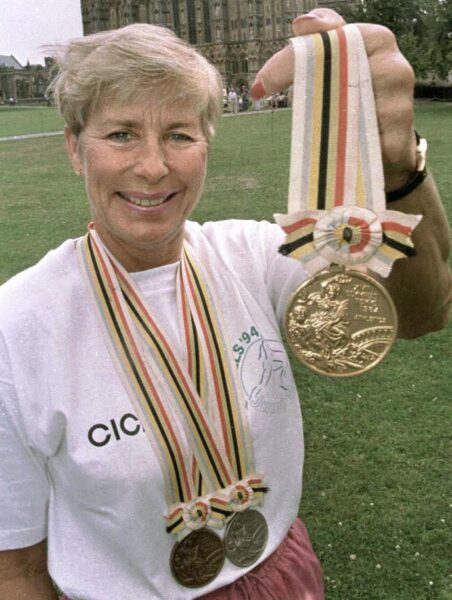 IN 1997 Great Britain’s famous Olympic woman’s long jump champion returned to her home city of Wells, in Somerset, where I was to meet up with her for a small photo shoot.

Mary Rand (nee Bignal) was our top gold medal athlete of her generation, and what a lovely person she is.

During our conversation she insisted that I try on her Olympic gold medal and she used my camera for a quick snap.

Mary was even more taken aback when I told her I knew her brother, Lyme’s very own pub landlord, the late Ted Bignal.

In 1964 Mary won a gold medal in the long jump at the Tokyo Olympic Games. She jumped 22 feet 2 1/4 inches (6.76 metres) and was the first British woman to win an Olympic gold medal in track and field.

Mary Rand was awarded an MBE in the 1965 New Year’s Honours List and she was voted BBC Sports Personality of the Year for 1964.

In 2012 she was awarded Freedom of the City of Wells. She currently lives in the USA.