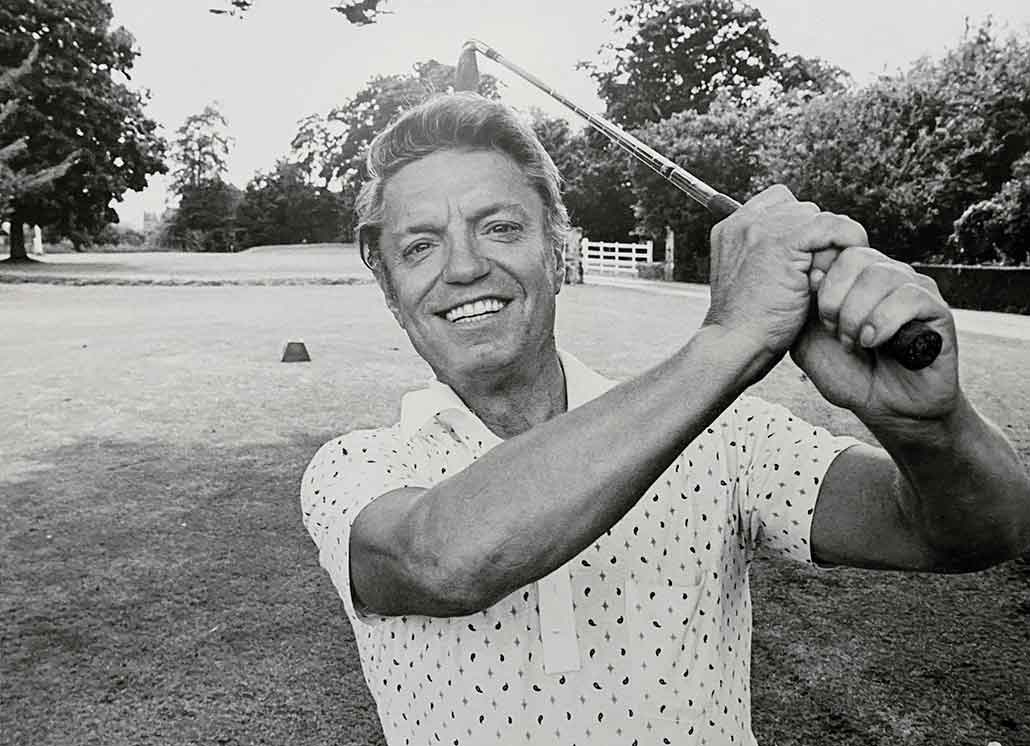 A FAIRLY large number of LymeOnline readers would not have a clue who this 1950s American pop star is.

Guy Mitchell was right up there with top pop stars in the USA, UK and Australia. His song ‘I Never Felt More Like Singing the Blues’ was a massive hit record the world over… and in the Ship Inn, Lyme Regis!

During his amazing career he sold 44 million records including six million-selling singles. In the fall of 1957, Mitchell starred in ABC’s ‘The Guy Mitchell Show’.

So, what was he doing playing golf at Cedar Falls, near Taunton? I was sent there by the news desk on a tip-off, and it was a good tip-off; there he was on the warm-up green practising his putting.

Experience tells me that sometimes celebrities can be a bit spiky, especially if they think the press are invading their private time. Again my experience is that if the artist’s career is going down the pan it will be “Hi, how can I help you?”. Not the same response when their career is really taking off.

On meeting Guy it was quite refreshing; he was the perfect gentleman and top marks to the newspaper’s chief sub who came up with a great headline ‘Still swinging after all these years’.