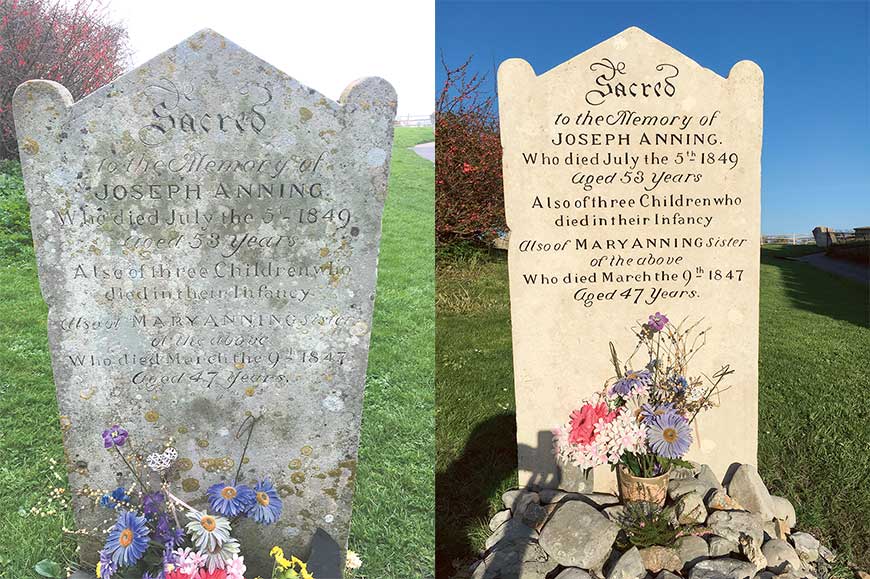 THE memorial to pioneering palaeontologist Mary Anning has been given a new lease of life.

The gravestone at St Michael’s Parish Church had become so old and worn that it was difficult to even read the inscription on the stone.

Given its importance, we decided to have the stone returned to its former glory. It was carefully cleaned and the lettering re-painted by expert stonemason Rick Steele from Country Memorials in Axminster.

Rick spent two days painstakingly restoring the memorial, which included lightly scraping the stone to avoid scratching it, scraping off the lichen and algae, and rubbing it down to reveal the beautiful Portland stone. Rick then hand-painted the letters, using the existing carvings as a guide.

The restoration was carried out with the permission of Mary Anning’s only surviving family, her great great nephew Sir Crispin Tickell. Sir Crispin has seen the results and called it a ‘wonderful job’. 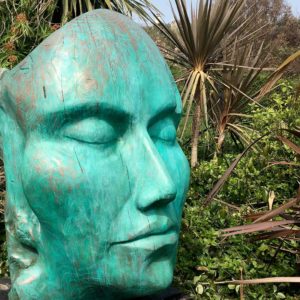 FOUR new works of art have appeared on the sculpture trail in the seafront gardens.

The sculpture trail has been a feature of the Langmoor and Lister Gardens since 2015, showcasing a range of contemporary sculpture by local artists.

We work in partnership with the Arts Development Company to support the trail as we believe it enhances the natural beauty of the gardens, provides a unique outdoor gallery for local artists, and offers free art for residents and visitors.

The artworks are selected each year from established and upcoming artists, with four new pieces recently installed.

The new sculptures, Serenity, In Search of Connection, Chesil 6 and The Reader were installed last week and have been well-received so far.

More details about the sculpture trail and the artists can be found on the website www.lymeregis.org/sculpture-trail

Birds of prey to fend off gulls

BIRDS of prey will be circling the skies in Lyme Regis during the Easter holidays to help fend off seagulls.

Over the last couple of years, the council has implemented a seagull action plan, which focuses on educating the public and promoting awareness of the nuisance caused by seagulls and how they can help to combat this.

The action plan included placing signs on the seafront to discourage people from feeding seagulls, sending an advice leaflet to all homes and business in the DT7 area, and issuing stickers to local takeaway outlets encouraging people not to feed the gulls.

We also actively campaigned for stricter rules to penalise those who intentionally feed seagulls, which resulted in a new Public Space Protection Order being introduced, making it a civil offence to feed seagulls.

We are now turning to birds of prey to help tackle the problem and have arranged a falconry trial for a day in the Easter holidays.

Xtreme Falconry, based in Marshwood, will be bringing birds of prey to the town on Wednesday, April 17 and flying them on the seafront between 12pm and 4pm.

Birds of prey are used to keep control of gull populations in many seaside resorts, as well as patrolling the skies around famous buildings, landfill sites and airports because they are recognised by the seagulls as a threat.

We thought it was worth a try and we’re looking forward to seeing the effect the birds have during the trial.

A small marquee will be set up as a shelter above the Marine Parade Shelters, and we imagine it will prove quite an attraction to see these magnificent birds up close.

Further advice and information on seagulls are available on at www.lymeregistowncouncil.gov.uk/seagull-advice 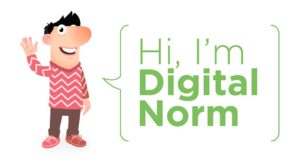 PEOPLE living in Lyme Regis and the rest of Dorset are about to meet a new resident called Digital Norm.

Norm will be showing up on buses, green fibre cabinets, in the press and social media feeds.

But who is Digital Norm? Norm leads a new communications campaign aiming to build curiosity in the streets, schools and classrooms about all things digital, including upgrading to fibre broadband.

The campaign comes from Superfast Dorset, a partnership project between Openreach, central government and Dorset Councils. The aim is to ensure better broadband connectivity for every home in the county.

Norm will raise awareness that superfast is the norm in Dorset, as more than 97 per cent of premises now have access (superfast is defined as 24Mbps or greater). The campaign aims to raise take-up, allowing reinvestment into reaching the last areas of the county.

If you see Digital Norm anywhere, you are encouraged to join the conversation by taking a photo with Norm and posting on social media using #DigitalNorm.

Watch Norm come to life or read more at www.dorsetforyou.com/superfast/

LYME Regis parents and carers are invited to share their thoughts on a summer activity programme planned for this year.

The Hub is considering offering the programme of activities for children of primary school age. It would initially be offered for two to three weeks in the summer holidays as a pilot, to gauge whether the programme could run for longer and possibly at other times of the year.

Children would have the opportunity to take part in sports, cookery, arts and crafts, music and drama, led by professional leaders and working in partnership with other local organisations.

To help with the funding application for this project, The Hub needs to demonstrate there is a need for this in the community and is asking parents and carers to complete a short questionnaire.

The link to the questionnaire is www.surveymonkey.co.uk/r/MY3RCHX and the deadline for responses is Friday, April 26.

Veteran councillor not standing because of ‘incompetent electoral services’

A LYME Regis councillor has expressed his “bitter” disappointment that he is not standing in today’s local elections because of an issue with his nomination forms. […]

No end to traffic chaos

OUR new council will sit for five years, a year longer than usual to fall in line with the new Dorset Council’s first term. During that time one of the town council’s prime issues will surely be Lyme’s continuing traffic problems, an issue that many believe is unsolvable. […]