SUMMER may be coming to end, but there is certainly no shortage of things to do.

Last weekend I had no less than eight events to cover – one of my busiest weekends since the start of the pandemic – but I saved the very best for last, joining Lyme Regis Sailing Club for their 100th anniversary sail past on Sunday morning.

It was a perfect September morning – the town still bathed in sunshine but with a sense of calm and space to breathe after the hectic holiday season. It has to be one of my favourite times of the year.

The sailing club’s centenary year has unfortunately been plagued by the coronavirus pandemic, with celebrations having to be postponed time and time again, but members have not let that ruin this momentous occasion and have remained in high spirits throughout.

Finally on Sunday they were able to go ahead with what has been a long-planned event, and I arrived at the clubhouse commenting on what a glorious day it was – a clear giveaway that I have never been a sailor as everyone else was far more concerned with the lack of wind, rather than the spectacular sunshine.

But again, they didn’t let that get them down and were determined to push ahead – even if it meant the dinghies had to be towed.

The club’s honorary secretary and former mayor Sally Holman had invited me to join club members and special guests out on the water.

It was a hark back to one of my very first jobs as a nervous, 18-year-old trainee reporter, when Sally strapped me into a life jacket and sent me out to sea to photograph national sailing races in the bay.

Since then I have jumped at every chance to go out on the water with the club, as there can’t be many finer views than looking back at Lyme Regis from the sea.

This time club member David Beer and I joined harbourmaster James Radcliffe aboard his rib, allowing us to photograph the boats sailing past special guests, including the mayor and mayoress, and the Lord Lieutenant of Dorset, Angus Campbell, and his wife.

Fortunately, a gentle sea breeze picked up just in time to allow the dinghies to sail past unaided and it made for a spectacular sight from both the water and I’m told from the shore too.

As well as their skills on the water, the sailing club members showed off their warm hospitality back on dry land, with speeches and toasts made at the clubhouse.

This really was Lyme Regis putting its best foot forward and what a lasting impression the town must have made on the Lord Lieutenant.

Congratulations to all at Lyme Regis Sailing Club, and as was said many a time on Sunday – here’s to the next 100 years! 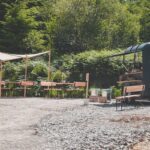 WILD cafe Kaupeka popped up in Trinity Woods, near Lyme Regis, this summer and, while it has now had to move to its winer location of the nearby car park, rather than amid the trees, it continues to take the local foodie scene by storm, serving delicious coffee, cakes and weekend brunch over the fire pit. 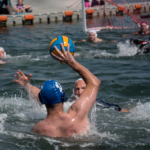 WATER polo will return to Lyme Regis this weekend with an exhibition match to be held in Victoria Pool, off the historic Cobb wall, on Sunday (September 19). Local teams Bridport Barracudas and the Southwest All Stars will go head to head, starting at 4pm. 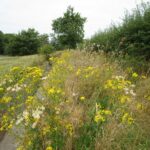 READ about Charmouth resident John Calder’s plight to clear verges on the A35 Charmouth bypass of poisonous seeding ragwort. Mr Calder is in dispute with National Highways over the issue, and has been accused of fly-tipping after delivering his cuttings to their office.

SAILORS in Lyme Regis can develop their skills thanks to funding from the town council. […]