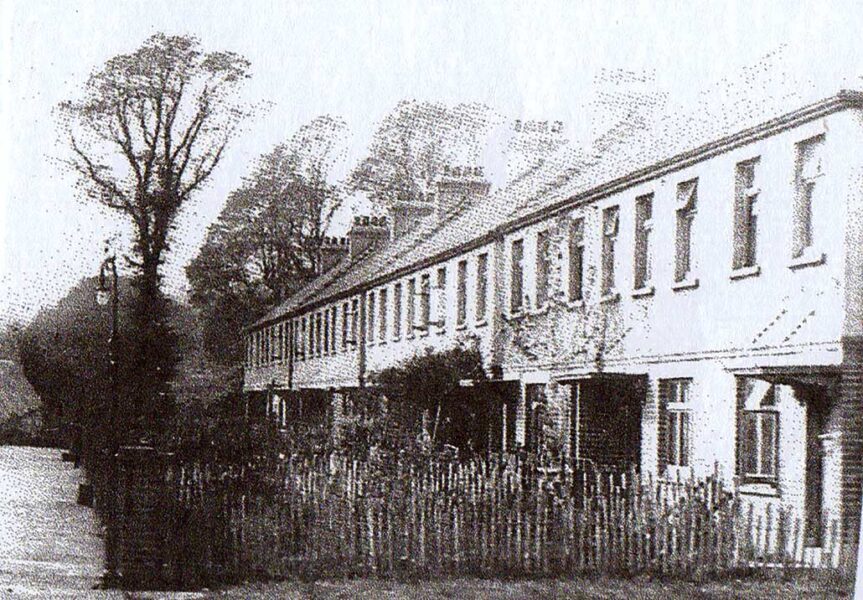 The death-rate for adults show a degree of longevity; out of a total of 35 deaths, just nine were in the 15-65 age range. Longevity was put down to the small variation in seasonal temperatures.

Among the causes of death were cancer 3, influenza 1, tuberculosis 1, bronchitis 5, heart disease 2 and whooping cough 1. The one case of scarlet fever resulted in the child’s room in Bridge Street being disinfected and the disease contained.

The report stated the water supply remained “most satisfactory (not entirely accurate) and the new drainage system at the Cobb is a very great improvement in that part of the town”.

The bake-house, milk-house and the slaughter-house were all considered to be managed in ‘a good sanitary manner’. The common lodging-house was judged “as satisfactory”. It provided bed and a meagre breakfast (costing 4-6 pence) at a very basic level for the destitute, the homeless and tramps.

Over-crowding was certainly present in 1911 when a family of 11 were living in one of the town’s first council houses.

Corporation Terrace (now Lym Close) was built adjacent to the then gas works, the three-bedroomed properties being designated as ‘workmen’s dwellings’. Children had to sleep ‘head to toe’. There was no bathroom so the family had to make do with a tin bath in the kitchen.

At that time some lighting was by gas, otherwise it was paraffin lamps and candles, cooking was done on a coal range which helped to heat the ground floor.

The meagre living conditions were a world away from Lyme’s amenity boasting hotels and the expectations of their cliental.

The fortunate few to have social housing were far better off than the majority of the working-class, their only option was rented accommodation that lacked most of sanitary amenities we take for granted today.

It is a little wonder that children were often sent home from the elementary church school in Church Street because of the unwashed condition of their bodies. The town’s medical officer reported on their verminous state, hair lice being a common problem.

The important and progressive Education Act of 1918 raised the school leaving age from 12 years to 14 years and abolished all fees in State Schools.

The Church Street school is recorded (1910) as having an average attendance of 190 boys and girls, while the average for infants was 87. The numbers provide an indication of the town’s child population in the 5-12 age range.

In the early 1900s there was no youth culture and no recognised period of adolescence. For the vast majority of children when they reached age of 12 years (some even earlier) it was the start of their working life.

Adulthood was customarily marked on reaching the age of 21 years and from 1918 it was also the age that men were granted the right to vote, women had to be nine years older. Social change was taking place albeit at a slow pace.

Peter’s new historical novel ‘Touching the Past’ is now on sale in Herringbone’s of Charmouth, as well as Lyme Regis Bookshop. Find out more about the book in LymeOnline’s podcast with Peter

I HAVE been reading with great interest the local articles about the vandalism of the George Somers statue in Lyme Regis, and I am sure there has been much discussion amongst the local journalists about this. […]

The Duke of Monmouth – Part I

MOST readers will know of Monmouth Beach, Monmouth Street and Monmouth House, but how many know the history that relates to The Duke whose name they proclaim? […]

LYME Regis will celebrate the 75th anniversary of Victory in Europe Day with a weekend of events in May. […]