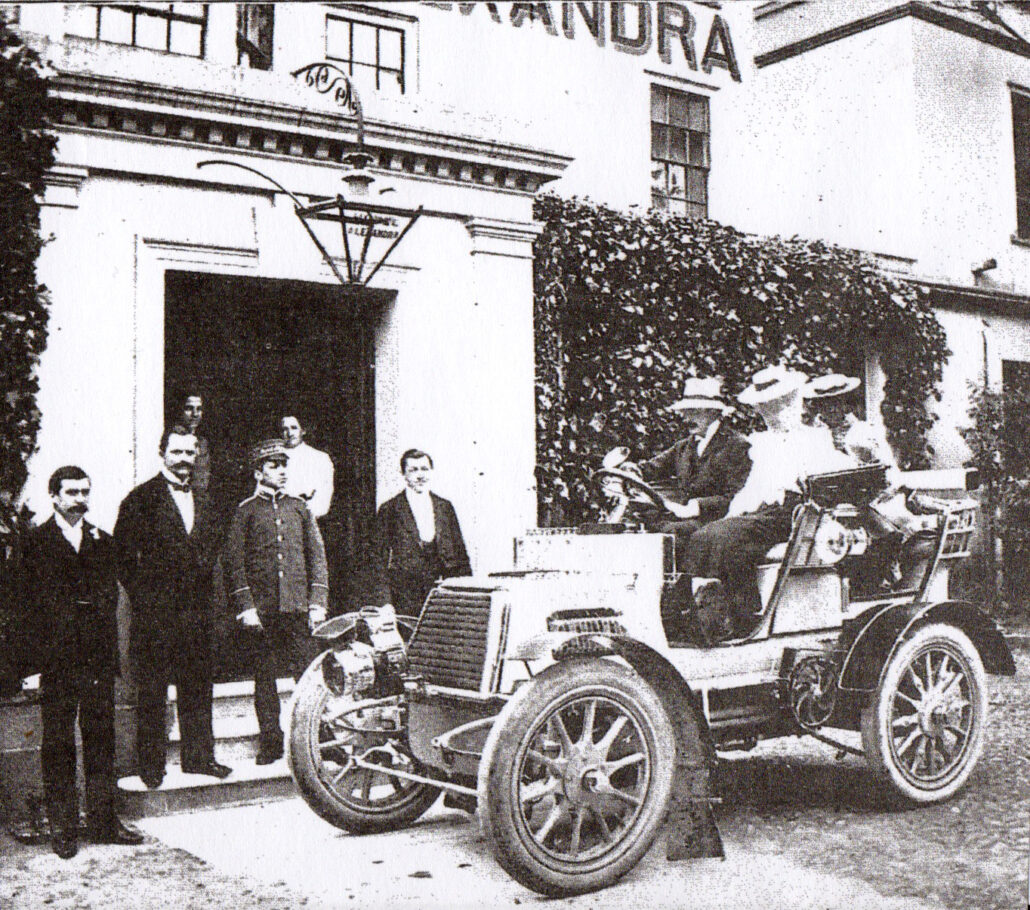 PROMPTED by Phillip Evans, this is the first of a series recording the growth of the town as its economy became totally dependent on tourism.

The death of Queen Victoria on January 22 1901 ushered in a time of change for the whole country.

Lyme was not exempt – it began to emerge from being a Victorian resort that catered for the privileged, to one that attracted the affluent middle-class.

The town boasted three first-class hotels, The Alexandra (pictured), The Royal Lion and The Cups, which later became The Three Cups.

In circa 1910 Dunster, the town’s bookseller, published a guide book which advertised Lyme as ‘The Naples of England’.

On offer was freehold building land which had ‘magnificent views of the sea and bay, all with sewered roads and a good water supply’.

The Victoria Hotel adjacent to the newly built railway station claimed to be ‘the only new (1907) and up-to-date hotel in this beautiful town of Lyme Regis’.

In 1903 the Southern Rail branch line from Axminster had opened up the town to day-trippers who were snobbishly described in the correspondence column of a local paper ‘as disreputable persons’.

The long-established paddle steamers were another source of day-trippers and like those who came by rail were of commercial importance to Lyme.

In 1903 the Cobb records show that 23 steamers operating mainly from Weymouth and Exmouth (June-September) landed some 1400-1500 passengers.

Guide books were for the professional and middle-classes who could afford a holiday.

It was not until 1938 Pay Act that workers were given one week’s paid holiday.

In order to appeal to discerning visitors the guides extolled the ‘many beautiful walks and drives available from our picturesque and charming town’.

They highlighted the coastal geology, the botany, the bathing and the nine-hole golf course where a day ticket cost 18 pence.

In 1914 a labourer working for the town council was paid a weekly wage (subsistence level of just 4 pence an hour) of 16 shillings for a 48 hour week.

The average yearly wage for a male worker was £70, for a female £30. This was at a time when there were 12 pence to the shilling and 20 shillings to the pound.

The lowest denomination of coinage was a farthing, equal to a quarter of a penny.

The town’s official guide was ‘Mate’s Illustrated Lyme Regis’ published in 1902 (pre-railway) and like Dunster’s it cost sixpence.

With photographs taken by Lyme photographer F.W. Shephard along with numerous pictorial adverts for hotels and shops it provides an illustrated record of the town and its environs.

An uncongested Broad Street with only horse-drawn forms of transport, an undeveloped Monmouth Beach with moored sailing ships in the Cobb.

The guide is a real treasure for anyone interested in the town’s history.

The illustration of the Alexandra Hotel accompanying this article clearly depicts the class structure of the time.

As did an advertisement for The Royal Lion Hotel which stated that it had a ‘Ladies Drawing Room and a Reading and Smoking Room for Gentlemen’. The words clearly convey the status of its cliental.

Within this series I will trace the gradual expansion of tourism and its social implications at a time when Lyme had long ceased to flourish as a commercial port.

Peter’s new historical novel ‘Touching the Past’ is now on sale in Herringbone’s of Charmouth, as well as Lyme regis Bookshop. Find out more about the book in LymeOnline’s podcast with Peter at lyme-online.co.uk/category/multimedia-news/podcasts/

IN the early 1900s the town was governed under the Municipal Corporations Act of 1835. The Corporation (as it was known) was less democratic and more powerful than a modern town council. […]

A WHITCHURCH Canonicorum soldier killed in action in the Battle of Ypres was honoured by the Royal British Legion on the 100th anniversary of his death. […]

Our heroes in the sand

THIS is the poignant image that visitors to the seafront in Lyme Regis will see etched in the sand at the water’s edge on our main beach on the afternoon of Armistice Day (November 11). […]