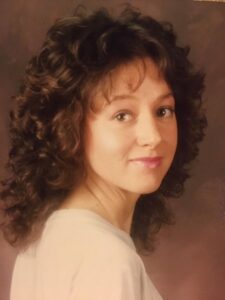 “IT’S a bit of a tight fit, but at least you can grab the handles.” Said in all innocence as I slid our largest grey bag at the Coombe Street Gallery over a large piece of wall art.

The husband looked at me and I immediately clocked what he was thinking, which he then proceeded to share with me with his uproarious humour.

I didn’t know where to hide my burning face as his wife then joined him at the counter and only as they were walking down Coombe Street, did he tell her, and I could still hear him laughing as he passed Lyme’s Fish Bar.

Such is the life in the Coombe Street Gallery, the customers are just the loveliest of people, many of them making a trip to Sue’s shop an annual pilgrimage, with people showing me a ring or pair of earrings they bought several years ago.

It has, of course, been an interesting few weeks since the lifting of restrictions, the main one being no need for face coverings.

I’m sure the psychologists and such like are in their element over the way people are behaving and I include myself in that because, having said the wretched things were an abomination, I am now keener than ever to don my mask, and on the whole, everyone coming into the shop does the same.

It’s a curious mix of nervousness, respect for others and without doubt, there’s a touch of Pavlov’s hounds in there too!

Anyway, another couple that came in – the gent looking very dapper with his multi-coloured waistcoat and handlebar moustache and his other half looking like a very sophisticated hippy – told me their story.

They had been together seven years when they decided to part company last February, but having gone through some testing and sad times, they had just got back together again and not only that, they were getting married.

And as if that wasn’t enough, the first two rings they chose fitted perfectly, his favourite song was playing (the Bee Gees, as you asked) and it was their first trip to Lyme.

I mean, come on, it doesn’t get more perfect than that does it!

Talking of all things lurv, the Alexandra Hotel has been busier than ever with weddings and, with our own chapel next door, the fantastic orangery and that fabulous expanse of lawn heading down to the sea, it really does make the perfect place for a wedding day.

I helped lay the tables for one of the celebrations; the couple had gone for a seaside theme and rather cleverly written their guest names on razor clam shells instead of name cards.

One of the wedding party dropped into the gallery the next day, although she spotted me first.

“It was your hair I recognised,” they said. I decided to take it as a compliment.

Anyway, that was sadly my last day in the gallery as I am now full-time in the Alexandra. I have a hunch there are interesting times ahead!