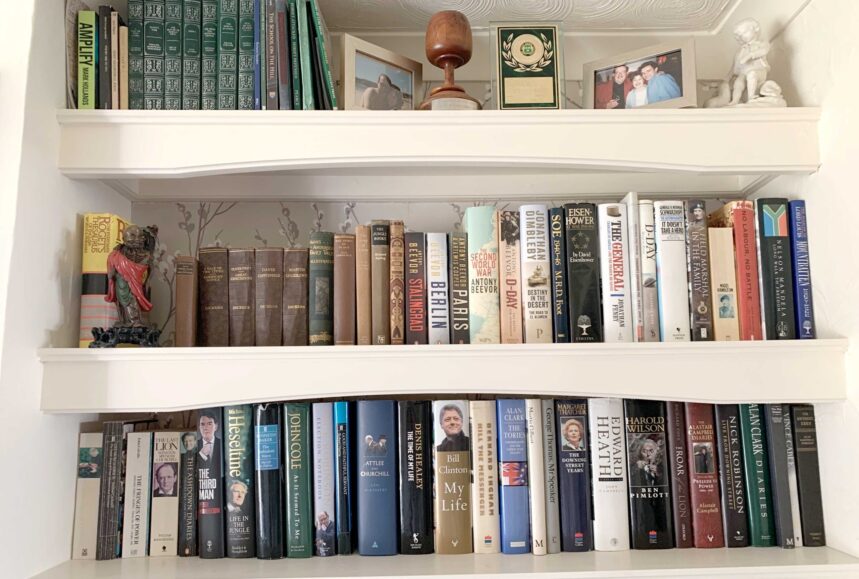 As a type 2 diabetic for the past 11 years, I thought that’s a good way to start the day.

I was diagnosed as being type 2 diabetic when I was 60 years old and shortly after my birthday I suffered a stroke, almost certainly caused by my diabetes.

Like most men of my age, I did not take diabetes seriously. After staying off the beer and sugary foods for a few days, I would go to my six-monthly check-up and then go down town to buy a bag of doughnuts.

Suffering a stroke was a huge wake-up call for me and I knew I had to change my lifestyle having spent too many years working long hours and enjoying the many temptations of media life in London.

My diabetes continued to deteriorate to such extent that despite being only type 2,  I became dependent of four insulin injections a day. This enabled me to keep my sugar levels under control.

Then, suddenly last summer, I hit a brick wall as far as my health was concerned and was diagnosed with a number of different issues, none of which needed surgery.

I decided, however, I had to do something about my diabetes and at the beginning of November I went on a strict diet and walked more than 200,000 steps during the month, raising £600 pounds for the Movember charity which raises awareness of prostate cancer and men’s mental health issues.

The consequence was that I lost a stone in weight and my sugar levels decreased significantly to the point that I was virtually in remission. My diabetes nurse was ecstatic.

But my determination to rid myself of this debilitating disease was interrupted by another health scare which ended up with me having my gallbladder removed. My fitness routine was put on hold and I ditched the diet because I lost another stone and people started asking me in the street if I was okay with that quizzical look in their eye.

And then came lockdown, 62 days ago for me. Self-isolation has provided me with lots of time to think about my health. With my age and health issues I quickly came to the conclusion that staying at home was essential as I was among the high-risk category, so I have stuck rigidly to the government instructions.

Being allowed out once a day for exercise has enabled me to kick-start my daily walking routine but in a fairly relaxed manner. No trying to beat my best time.

And then this morning I opened my daily paper to see that headline – “Type 2 diabetics TWICE as likely to die from Covid”, with the word TWICE in capitals.

It went on to report that a third of the deaths from the virus have occurred among those with diabetes which is linked to excess eight and lack of exercise. They suggested to lifestyle strongly influences someone’s susceptibility to the virus.

That would have been me a year ago. I wasn’t obese but I was clearly overweight.

But I am living proof that by combining diet with exercise it is possible to free yourself from diabetes.

After today’s disturbing headline, and now I’m allowed out twice a day, I am planning to step up my exercise routine to get back to at least 10,000 steps a day, coupled with going back on the carb-free diet.

Diabetes costs the NHS £10billion a year. With a little bit of will power and determination to shed that sedentary lifestyle, it is possible to live a healthier and longer life and to help reduce the burden on our health service.

I decided to unburden my list of medical issues not to seek pity but to show others that you can do something about your health. I’ve always had a gluttonous appetite and I was always too busy to exercise. You can get fit with just 45 minutes brisk walking a day.  If I can do it, so can anyone!

Catching up on my reading

My only real interest other than newspapers and following sport is reading. And one benefit of lockdown has meant I have been able to catch up on all the books I intended to read and never got around to.

I probably have around 200, 90% of which are non-fiction, which are spread around in several bookcases in subject matter order – politics, sport, war, journalism and cookery.

One of the most fascinating books I have read recently is ‘Atlee and Churchill’ by historian and journalist Leo McKinstry, described as a “masterpiece” by Frederick Forsyth.

Atlee and Churchill were allies in war but adversaries in peace. They were poles apart in both lifestyle and political views but managed to co-exist in the government of national unity and respect each other in government and opposition as the peace was being built.

They set the bar very high for how political parties can work today in times of crisis. I wonder whether we will look back on our current troubles and express admiration for the way Boris Johnson and Sir Keir Starmer worked together for the good of the nation.

During these days of politicians being interviewed from home, much attention has been given to our MPs’ taste in reading material as they are very often filmed with a bookcase in the background.  The interviewer will be looking to find an unusual subject matter or indeed a controversial tome or one penned by their political enemies.

I thought I would do the same today to dispel the opinion held by many who read this diary that I am further right than Gengis Khan. Scan the photo carefully and you will see books by Harold Wilson, Tony Blair, Dennis Healy and Alistair Campbell , Peter Mandelson and Vince Cable. Draw your own conclusion.

“He that loves reading has everything within his reach” – said political philosopher William Godwin.

About Philip Evans 713 Articles
Veteran journalist and newspaper manager Philip Evans has worked in the publishing industry for more than half a century. He started out as a reporter for Pulman’s Weekly News as a young man and went on to work for an international publishing company in the UK, South Africa and Australia before returning to Lyme Regis where he is still reporting on local events as he has done for more than 53 years.
Twitter

AFTER weeks of lobbying by West Dorset MP Chris Loder, the government has agreed to UK-wide support for dairy farmers facing the challenges of coronavirus. […]

Hancock – back leading from the front

MY jaw dropped when Health Secretary Matt Hancock, returning to the No 10 lectern for yesterday’s coronavirus press briefing, took the heat out of the shambolic testing debacle by announcing he had set a new target – 100,000 tests every day by the end of April. […]

The impact on the mental health of our country – Part II