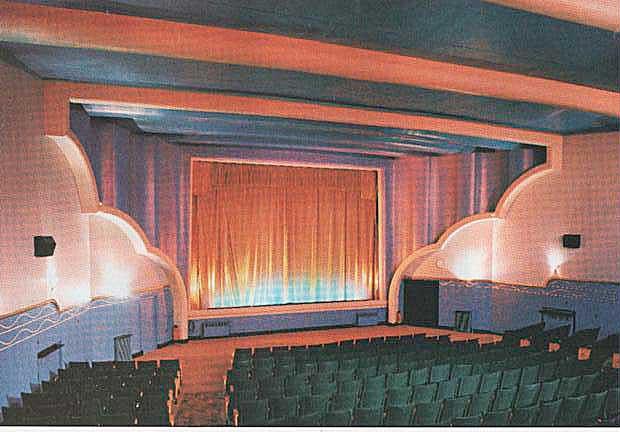 AS it was this column that finally flushed out Scott Cinemas to confirm they were trying to offload the Regent Cinema in Lyme Regis, I was delighted to see that a campaign has been launched in a bid to return it to its former glory.

The Regent, as we all now know, has stood derelict after being destroyed by fire five years ago and previous attempts by this newspaper to find out what the owners, WTW Scott Cinemas, were planning to do about had fallen on deaf ears.

In desperation rather than hope, I penned an open letter to the Cornish-owned company who have several cinemas in the South West, and urged them to come clean with the people of Lyme about their intentions with regard to the Regent.

I thought the timing was right because the company had received significant funding from the government to help them come out of lockdown. But there was nothing in the kitty for the Regent. That was like a kick in the teeth.

We put the article on social media and, what do you know? Back came a reply saying they appreciated how much the town was concerned about the Regent and they were in correspondence with Lyme Regis Town Council over its future ownership.

PR guru Geoff Baker, who like me spent many happy hours in the Regent when we were growing up, immediately picked up on the response from Scott Cinemas.

Geoff has moved from his hometown to Marlborough in Wiltshire, but I know how much he cares about the town of his birth, and he soon got his PR juices flowing.

He suggested that a campaign group should be put together, chaired by yours truly.

That would not have been a good idea, mainly because you would need someone who commands the respect of the town council – and that’s definitely not me. I have upset too many of them too many times to forge any working relationship.

The owners had suggested that the council should take it over as a community asset, saying they were unlikely to rebuild the cinema for a considerable length of time – ergo NEVER!

There was no mention of money but I presume they wanted the council to buy the site.

The council “reluctantly” declined, saying was it was unable to take on the responsibility for the repair and re-use of the cinema.

Then up-pops Eve Edmeades, a Facebook aficionado who often comments on local issues, to float the idea of the people of Lyme getting together to form a ‘Save Our Cinema’ group.

Another Facebook contributor, Mark Howarth, took up the cudgels and has generated enough interest to get the campaign group up and running, having appealed to those with the necessary skills to give the group some gravitas.

Hence, the ‘Save Lyme Regis Cinema’ has legs to take it to the next stage and a petition containing 1,300 signatures has been organised.

It’s a daunting task but everything is achievable in my world if the enthusiasm and professionalism is on tap.There are encouraging signs that Lyme will respond.

There are a number of cinemas throughout the country which are run as community-not-for-profit assets. The big difference between those and the Lyme project is, however, the enormous cost of acquiring the site first, then rebuilding and the equipping.

I have spoken to a property developer and the estimate is in excess of £2.5 million. It’s a prime site with rear views over the bay where luxury flats have already been built on adjacent land.

There has been talk of launching a crowdfunding appeal but raising such a big amount in this manner would present a huge challenge.

I think it would be better to use crowdfunding to secure a working fund of, say, £20,000 to help investigate how such a large sum might be financed. This would be much more achievable.

There will be some who will say it’s impossible. It’s certainly a challenge but with the right people behind the campaign and the support, moral and financial, of the town, I believe it’s worth the effort.

We may not end up with a cinema as we used to know, but there are many possibilities for a multi-use facility which includes a cinema.

I wish Mr Howarth and his new team every success. LymeOnline will do its best to publicise your efforts to see the Regent return to Lyme in all its glory.

One major project for the whole of Lyme Regis to get behind is just what the town needs after all its been through during the last 18 months. I believe it’s what Lyme needs. So go for it. 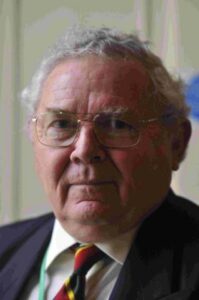 Old school and proud of it

IT is with sadness that we report the recent death of Colonel Geoffrey Brierley OBE, Lyme’s county councillor for 11 years up to 2013, aged 85.

Colonel Brierly (pictured) retired to Charmouth after an impressive career in the Army, having been commissioned into the Dorset Regiment before joining the PARAS in 1964, serving in Cyprus, Aden and Ghana.

Colonel Brierley was a no-nonsense councillor who told you how it was. He wouldn’t try to flannel you if things went wrong and would honestly set about putting it right.

In other words, he told you how it was.

He was old school and very proud of it, I would have thought, a far cry today from our current representatives who have to fall in line with the views laid down by the ruling party.

Although a Conservative member, Colonel Brierley had little time for politics, local or national. He was very much his own man, as you might expect, having served his country well and been honoured by the Queen with an OBE.

As a Cabinet member for transport, he involved himself greatly in Lyme’s worsening traffic problems and was a good friend of Lyme Regis in so many ways.

As vice-chairman of the Dorset Police Authority his long military career would have held him good stead in helping to keep Dorset safe.

As a journalist, dealing with Colonel Brierley was a delight. He always gave you a straight answer, no beating around the bush, and he expected you to report it accurately.

He was a popular figure in and around county hall and was hugely respected within his Marshwood Vale constituency, which in those days included Lyme and Charmouth.

The halcyon days of local government in this part of the world have long since passed and I some times wonder what the Colonel would have felt about the unruly behaviour of some of our elected representatives today.

A PROPOSAL for the rebuild of the Regent Cinema in Lyme Regis is at the consultation stage with county planners and English Heritage. […]

AN organisation which promotes interest in all aspects of heritage cinema buildings has called for action to be taken on the rebuild of Lyme Regis’ fire-stricken Regent Cinema. […]

Whoever is rebuilding our cinema, please consider the seats!

I KNOW we are not meant to be asking questions about our cinema in Lyme Regis and the individual who has recently bought it, but I just had to make an observation about the Radway Cinema in Sidmouth and how it might affect our cinema. […]