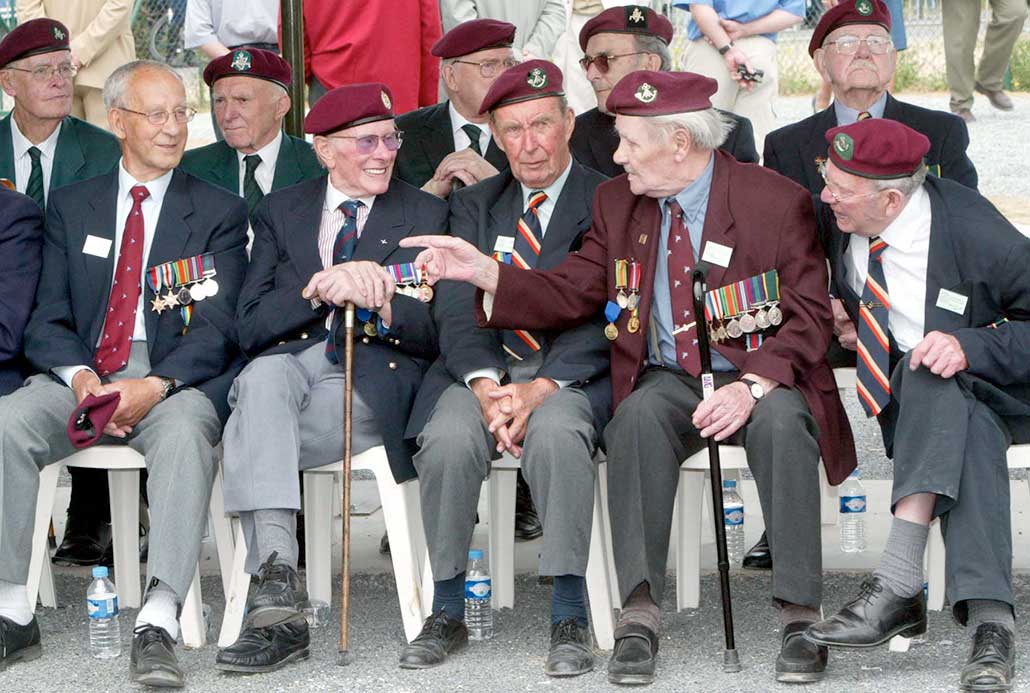 SOMETIMES it’s not the rich and famous I get to photograph, but extraordinary people, like these gentlemen, who just happened to take time out of their young lives to win us a war.

I can’t believe it was 14 years ago when I spent three days in Normandy, France, on the 60th anniversary of D-Day WW2.

Part of my brief was to capture the mood and atmosphere of the UK veterans as they gathered on the beaches, graveyards and places they fought for, remembering the ultimate price some of their comrades paid in driving the Germans away from the coast.

This photograph is special to me because I was privy to the banter as they all reminisced telling their stories describing what happened to them as the allies landed either by parachute or by sea.

This group were waiting in 30 degree heat for the Duke of Cornwall to show up at Pegasus Bridge under the wing of a replica Horsa Glider in Northern France.

These men fought for our freedom, heroes each and every one, it was a privilege to meet and photograph them.