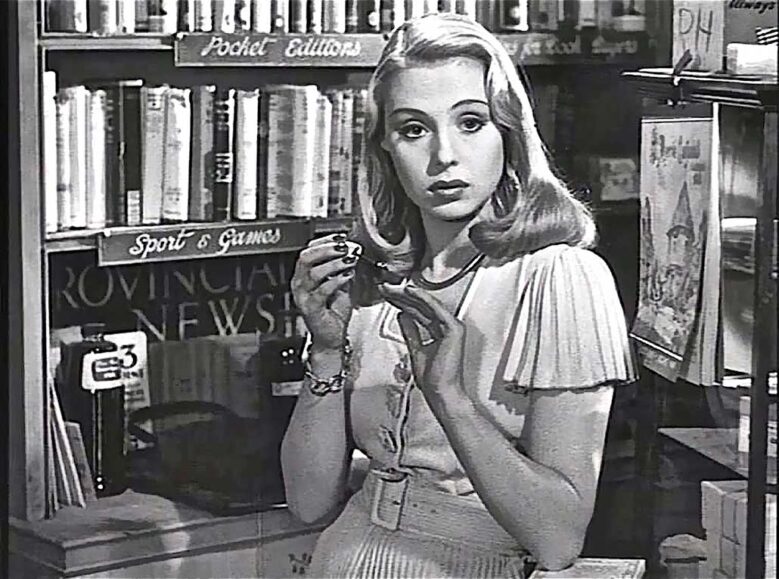 LONG before Kate Winslet and Saoirse Ronan came to town, Norman Wooland and Sarah Churchill were making Lyme Regis famous with their 1949 classic ‘All Over The Town’, which inspired the name of this blog.

The story follows two crusading reporters as they revive a failing newspaper and take on the local council… sound familiar?

I went to see it with Dad a few years back at the Regent Cinema and it only took about five minutes before I declared: “I think this is about you, Dad!”

If you’ve never seen the film before, don’t miss the special screening at the Marine Theatre on Sunday, June 16 – part of the venue’s 125th anniversary celebrations. It features some great shots of Lyme that many of our older residents will enjoy reminiscing over.

Events season is now in full swing in Lyme Regis, with the popular Fossil Festival having been held over the weekend.

I didn’t get to see it myself as I was camping in Tintern, just across the Welsh border, for the weekend but I heard the illuminated lantern parade, pictured on our front page, was a great addition to the festival on Friday evening and it’s now hoped it will become an annual event.

There’s plenty more festivities lined up over the coming weeks too, with a major event set to take place practically every weekend from now until Mark Hix’s Food Rocks closes the season in September.

Don’t miss the annual May Fete this Sunday (May 12) for some traditional family fun. Jazz Jurassica will bring May to a swinging close and then it will be time for Guitars On The Beach in June, with organisers having announced this week that they will be going green and “rocking against climate change”.

On the subject of climate change, if you haven’t yet seen David Attenborough’s brilliant new Netflix series ‘Our Planet’, you can catch up with free screenings hosted by Turn Lyme Green and Plastic Free Lyme Regis every Friday night (starting tonight, May 10), 7pm at The Driftwood Café in Lyme Regis Baptist Church.

AS part of Lyme Regis Town Council’s programme of events to promote the remembrance of the end of the Great War 100 years ago, the Marine Theatre has organised an commemorative screening of ‘War Horse’. […]

Lyme is the destination of choice… even for Hollywood!

THANK you to all our readers who sent kind messages to celebrate LymeOnline’s first anniversary in February. […]