EIGHT weeks of hectic mayhem stretch out before us. No, I’m not talking about the race for a new Prime Minister… I’m talking about summer season here in Lyme Regis!

July has arrived, and with it a packed programme of events and festivals, hoards of holidaymakers, the perils of parking, a forecast heatwave and hazy evenings spent dipping toes in the water and gobbling fish ‘n’ chips and ice creams on the beach. Bring it all on.

At the beginning of the month I escaped for a few days for some much-needed ‘R&R’ at Gyllngvase Beach, in Falmouth, and I’ve returned recharged and ready for what is set to be a non-stop summer in Lyme Regis.

We eased into things last weekend with Uplyme’s Summer Flower and Produce Fair on Saturday and I popped over to the Jurassic Fields music festival in neighbouring Bridport, which was well covered by my colleague Lottie on the Bridport Nub News website.

It got me in the mood for a festival of my own, as I’ll be hosting the annual Sausage & Cider Festival at Lyme Regis Football Club on Saturday, July 16, along with my fellow committee members.

As I mentioned in my last column, this event pretty much takes over my life at this time of year and it’s now full-steam ahead as we make the final preparations for what has quickly become the club’s biggest fundraiser of the year, and a favourite event the Lyme Regis calendar.

You can find full details and read about our great lineup of entertainment here.

On the same day (July 16), Lyme Morris will be welcoming 12 sides from across the West County and further afield for a day of summer celebrations and dancing on the seafront.

Festival fever is set to continue as the Marine Theatre will be hosting the Lyme Regis Big Beer Festival on July 22 and 23 in partnership with Lyme Regis Brewery, and Lyme Regis Lifeboat Week will get underway the same weekend, with the official opening ceremony to be carried out by hero landlord Tom Littledyke, who continues to organise convoys of aid and raise funds for Ukraine.

The programme for the week is now available in local outlets, with some new highlights to include an inflatable ‘Total Wipeout’ game in Lister Gardens and a Pirate Day packed with fun and games and finishing with an after party at Lyme Regis Brewery.

Regatta & Carnival Week will shortly follow, this year featuring a Wacky Wheelbarrow Race – a reincarnation of the much-missed Pram Derby – and the return of the Marine Theatre disco.

The spectacular Candles on the Cobb will round off August, followed by Lyme Folk Weekend in September, along with Mark Hix’s Oyster Celebration on September 3.

Summer on a plate

BEFORE disappearing off to Cornwall for the weekend I was lucky enough to be invited along to Robin Wylde to try their new, summer tasting menu.

I have been wanting to visit the restaurant since it opened in late 2020 and it did not disappoint! A menu of the freshest, most flavoursome dishes – the dessert alone was one of the most delicious I’ve ever tried.

Read about chef Harriet Mansell’s incredible rise to success and my review here. 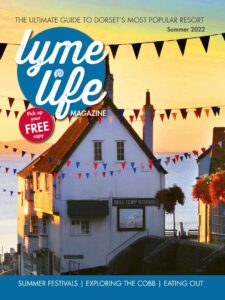 THE summer edition of our quarterly Lyme Life Magazine is out this week, includes everything you need to know on what is set to be a jam-packed season in Dorset’s favourite resort.

From the Uplyme Summer and Produce Fair in early July, right through to Lyme Folk Weekend and Mark Hix’s Oyster Celebration in September – we have you covered!

As well as all the upcoming events, we also bring you special features in this season’s edition, including a look at the history of the Cobb and some of the best places to eat and drink.

I’ve also shared another of my favourite local walking routes and we feature some of the newest businesses in town, including the trendy Shoreline Sauna at the Cobb, and The Vending Shed.

Free copies can now be found in local outlets, including the Post Office, outside Fortnam, Smith & Banwell, Uplyme Garage, The Slipway, RNLI Shop, Seaton and Axminster Tesco, and more!

You can also read the magazine online here. 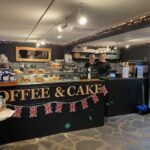 IF you like the Goof Food Café & Delicatessen in Broad Street, now you can enjoy the same delicious lunches, cakes and refreshment just a stone’s throw from the sand with Good Food By The Beach – a new venture which has just opened in the Old Bonded Stores on Marine Parade. What’s better, you can beat the lunchtime queues by placing your order in advance online and picking it up at a time that suits. 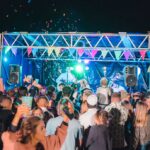 I’M a little biased, but Lyme Regis Football Club know how to throw a good party, so make sure you join them for the annual Sausage & Cider Festival at the Davey Fort ground in Charmouth Road, from 2pm to 11pm on Saturday, July 16. A full programme of live music awaits, as well as outdoor bar with about 20 local ciders, award-winning sausages on the barbecue, bouncy castle and lots more! 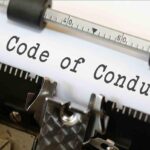 IF YOU READ ONE THING

We recently published a report from a committee meeting at Dorset Council, in which members were told that the poor behaviour of some town and parish councillors across the county was putting off others from standing for election. In Lyme Regis we have seen more than our fair share of poor behaviour in recent months and there’s no doubt it has had a negative effect on local democracy. Perhaps they’ve been following lead from Number 10!

What future now for the Three Cups?

JUST as I was about to start writing this column, a message pinged into my mobile phone stating: “Philip, as far as I’m aware, we’re still waiting on news from the council at Lyme, but we are on the case to get clarity over the cinema.” […]

JAZZ Jurassica has unveiled a bumper music line-up and ticket details for this year’s festival over the Platinum Jubilee Bank Holiday in Lyme Regis. […]

LYME Folk Weekend made its successful return with a bumper Bank Holiday weekend of live music. […]