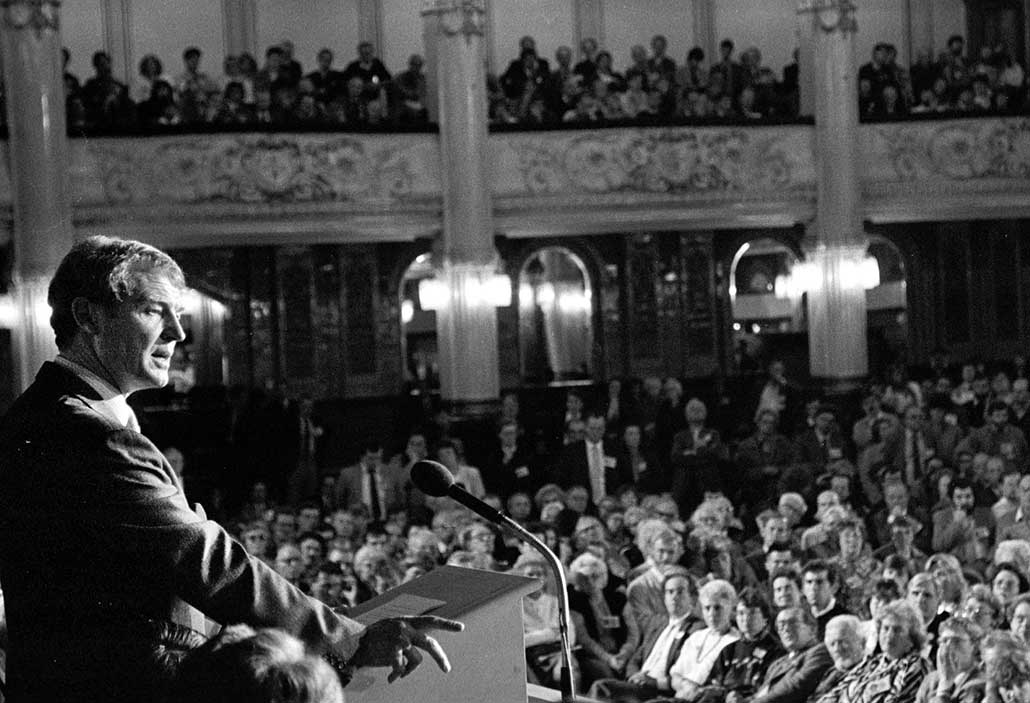 THE sad news of the passing of former leader of the Lib Dem’s Lord Paddy Ashdown is a great loss to the country, his family and all who knew him.

It was during the 1980s that I began to photograph Paddy as he was the MP for Yeovil and he wrote a weekly column in the Somerset Star.

Being the photographer for the Star I covered almost all occasions where Paddy was present or an invited guest, from assault courses to fete openings, we were there and I got to know Paddy quite well.

Paddy eventually became leader of the Lib Dems, and his first conference as leader was to be at the Blackpool Winter Gardens.

Journalist and MD of the Star Group, Philip Evans, and myself covered the Blackpool conference for the Somerset Star. We stayed in a Blackpool bed and breakfast, that was an experience on its own.

Our first encounter with Paddy at the conference was his opening address to his members on Sunday evening (pictured). The next morning in the foyer of the Winter Gardens, Paddy and his wife Jane arrived with a wall of photographers to greet them. Paddy caught sight of Pip and myself and invited us to his hotel suite that evening but whispered in my ear “no cameras”.

I have fond memories of Paddy from those early days as a press photographer. I presented him with a leather bound photo album of his first conference at Blackpool and out of the blue he wrote to me with a ‘back slap’ for winning a major press award.

RIP Lord Paddy Ashdown, one of the best.

Helping to make our planet a better place

22nd November 2019 Francesca Evans All Over The Town, Blogs 0

A FEW weeks ago I pledged that LymeOnline would be doing its bit for the environment and the fight against climate change. And today we launch the first of our eco-friendly initiatives with the new, monthly ‘Green Page’ in our printed issue. […]

ON a sunny weekend a couple of weeks ago, a shocking number of visitors flocked to Lyme Regis, ignoring government guidelines to stay at home. […]

Why we had respect for the police

I AM of an age that I can remember when Lyme Regis Police Station in Hill Road was manned by one sergeant and at least four constables. […]